Latest Articles
You are at:Home»Issues»July/August 2020»We all scream for ice cream! Hot Spots for Cold Treats

From Loudonville to Queensbury, these ice cream shops are must–visits this summer.

Curry Freeze
Rotterdam
Curry Freeze has been serving up sweet treats in Rotterdam for more than 50 years. Besides its homemade ice cream flavors, which include French Roast Coffee and Rocky Mountain Raspberry, Curry Freeze also makes its own Italian ices and fan-favorite sherbets. 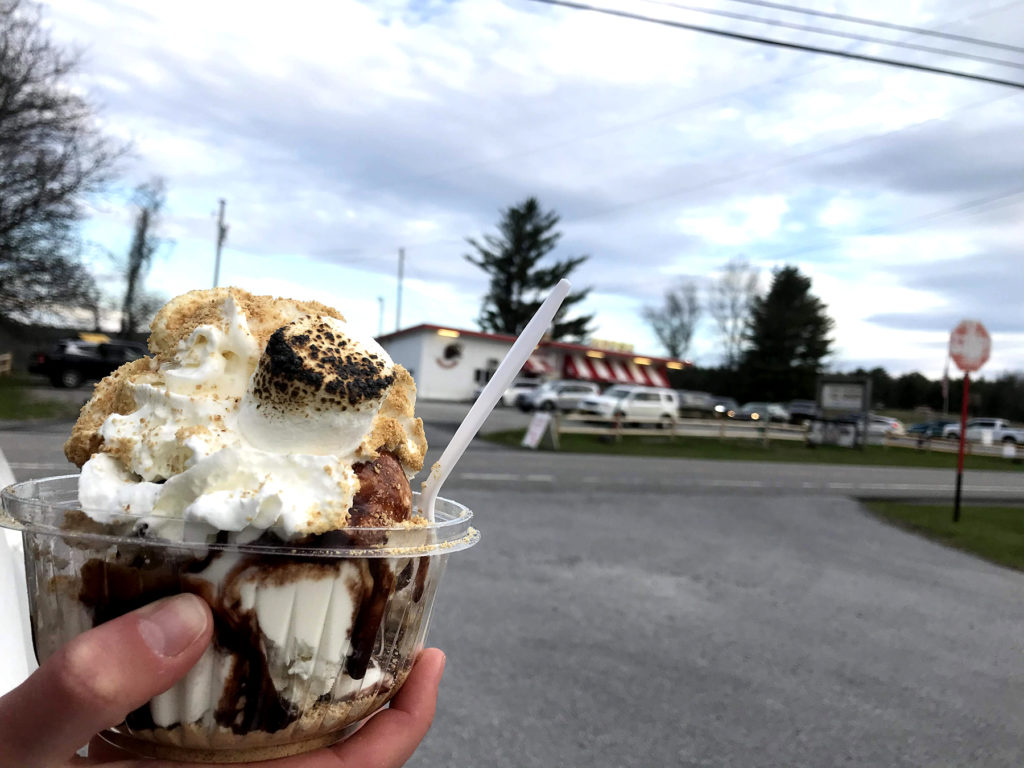 The Farmer’s Daughters’ Drive-In
Saratoga Springs
Farmer’s Daughters’ has been Saratoga’s go-to spot for ice cream since the ’60s. Along with its famous soft and hard ice cream (plus loads of toppings, including its signature Oreo and sprinkle “zebra” mix), the shop also carries Italian ices, slushies, popsicles, shakes, specialty sundaes and a full food menu, which includes classic sandwiches, burgers and all manner of fried delicacies.

Frank’s
Loudonville
Both an ice cream parlor and restaurant, Frank’s in Loudonville has the best of both worlds. Its eye-popping ice cream menu boasts a long list of flavors (good luck choosing between options such as Panda Paws, Cloud Nine and Bittersweet Sinphony), as well as sundaes. Plus, Frank’s is open year round and takes custom orders for its luxe ice cream cakes. 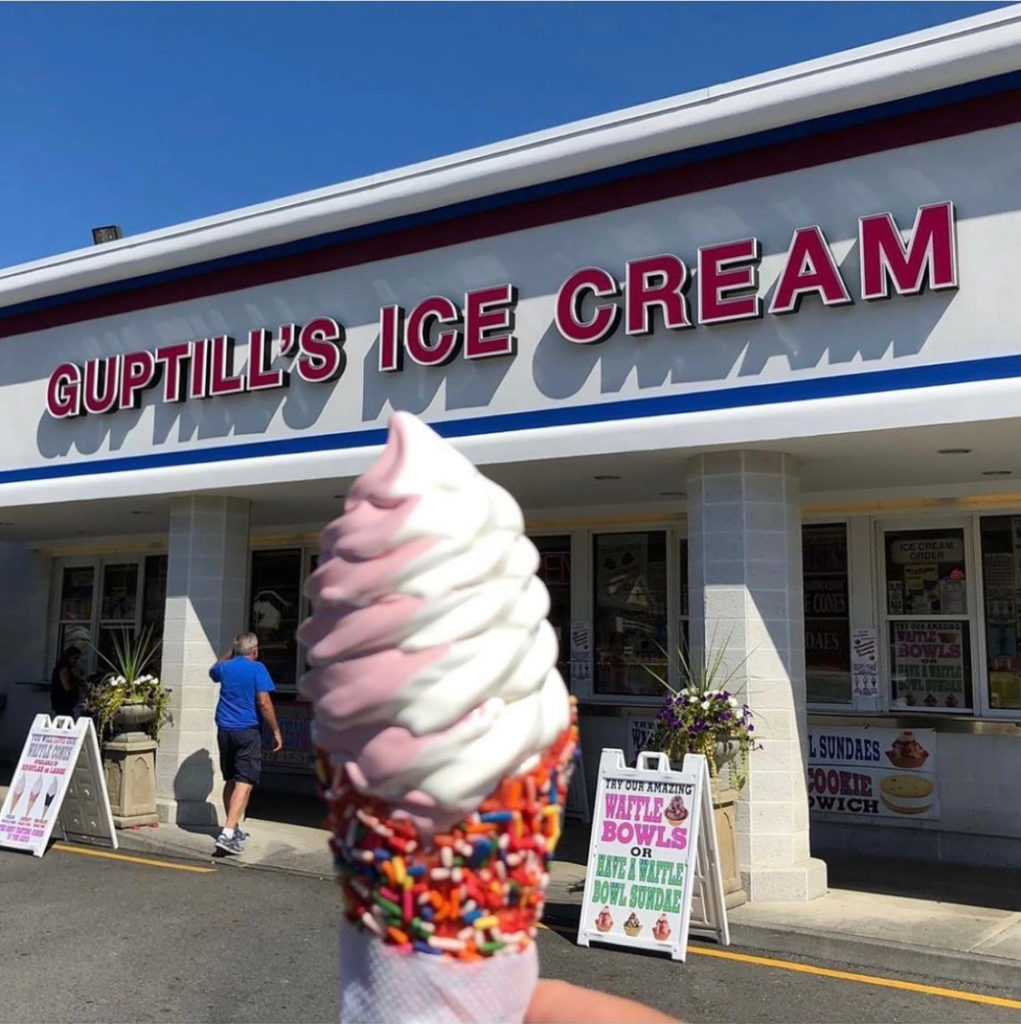 Kurver Kreme
Colonie
Kurver Kreme has been blessing the town of Colonie with its frozen goodness since 1952. Its huge menu of sweets features soft and hard ice cream in flavors that change weekly, 20 flurry flavors, 20 float flavors, a mouth-watering sundae list (try Monkey in the Middle or PB Mallow), plus delicious ice cream cakes made with Kurver’s signature “krunch” filling. 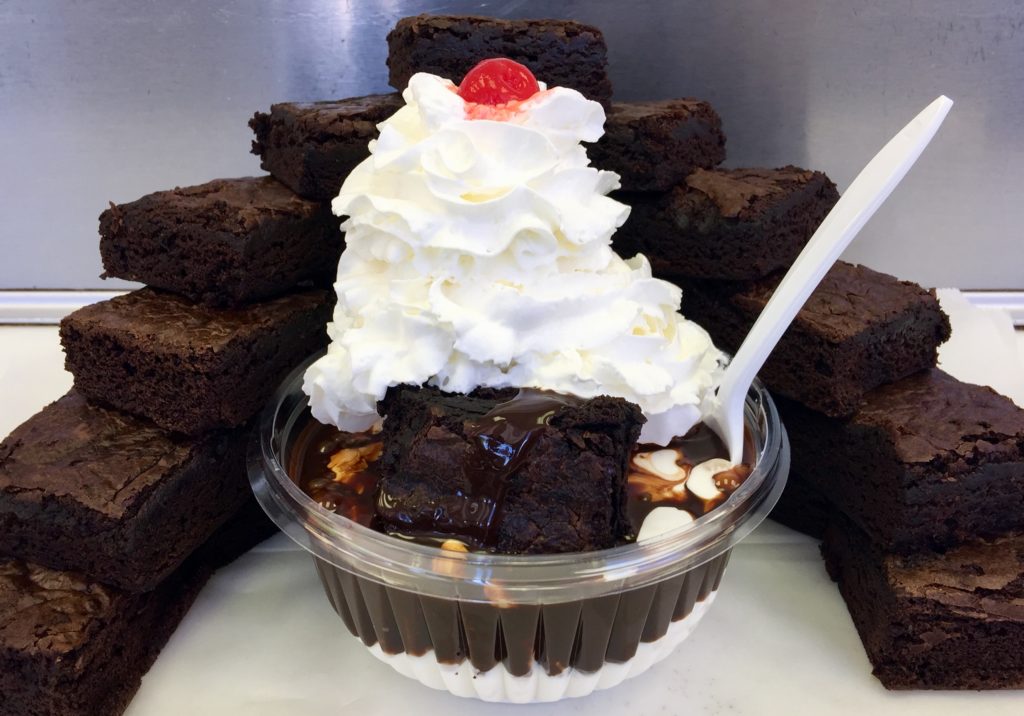 Martha’s Dandee Creme
Queensbury
Across the street from Great Escape, Martha’s Dandee Creme has been serving customers a rotating menu of its famous soft serve ice cream for more than seven decades. After a long day of rollercoaster riding, nothing beats going to Martha’s for a giant raspberry chocolate twist on a cone or a classic vanilla Dandee Cremewich. Martha’s has a full grill menu as well.

The Snowman
Troy
Since the early 1950s, The Snowman in Troy has been treating Collar City residents to premium soft and hard ice cream, frozen yogurts and sherbets. The shop prides itself on using only the finest ingredients for its products, and the proof is in the pudding (or ice cream, we should say!). Popular treats on the menu include an array of sundaes, shakes, flurries and order-ahead ice cream pies in to-die-for flavors like Chocolate Overload and Samoa.