Before You Go: Christmas Train 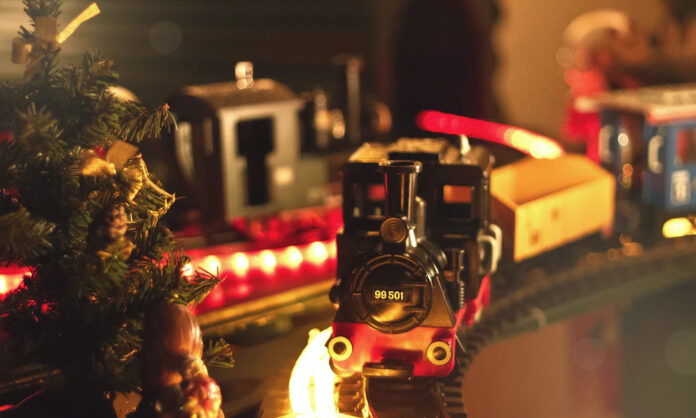 You could set your watch by the little boy with red hair, freckles and the faded blue cap. Every Saturday, Billy and his grandpa waited for the toy store to open, with Billy making a beeline for the Thomas the Train display. It was six feet by four, with a hundred cars. Billy, only 7 and what his parents called “on the spectrum,” could name every one.

He had his favorites; Percy, Toby and, of course, Thomas, and was so animated when he played that customers would gather and smile. It was a weekly ritual of unbridled joy. Billy’s family wished they could buy him a train set, but sometimes money is as scarce as hope.

After his fun, Billy and his grandpa would return to the Ocean View trailer park on the edge of town. The name was a false promise, seeing as there wasn’t an ocean or seashell within miles—just clay, weeds and an old train depot that was boarded up long ago.

Once home, Billy asked his grandpa for a penny and the boy dashed to the rusted old train tracks to lay the coin on the rail.

Billy couldn’t see the train tracks from his bedroom, but he’d hear one if it came rumbling through, something that hadn’t happened in a decade. Still, he’d lay the copper on the track, sleep, and come Sunday morning return to find the coin intact.

One chilly Saturday, Christmas Eve, Billy went to the toy store to play with the trains. After, he decided to wander the aisles, turned a corner and ran smack dab into Santa Claus himself. The man was no doubt a store employee, but with the large belly, real white beard and hearty laugh, he was pitch-perfect for the part.

Santa got down on one knee and asked Billy what he wanted for Christmas, and he told him: his very own train set. Then he leaned in closer and whispered one thing more in Santa’s ear.

As Billy and his grandpa went to leave, the store manager stopped them, handing Billy a wrapped gift from all the employees. He told the special boy’s grandfather that he wished it was a train, but Legos would have to do.

Once home, Billy put his present under the Christmas tree and left his penny on the train tracks as always, before drifting off to sleep.

Christmas morning, Billy tore open the gift, finding the face of Thomas the Train staring back. He then ran to the tracks, where he discovered the penny smooshed flat as a pancake. Santa kept his promises.

Billy’s grandpa called the store and they assured him there were Legos under that wrapping paper, not a train. As for the flattened penny, they had no clue. When he asked about the man dressed as Santa, they said no such person worked for the store.

Billy, holding his penny in one hand and Thomas the Train in the other, smiled at his flabbergasted grandfather and said, “Merry Christmas.”