Latest Articles
You are at:Home»Issues»Winter 2021»‘Hamilton’ and Its Capital Region Connections

The Capital Region has a multitude of connections to hit Broadway musical Hamilton.

Equal parts Schoolhouse Rock!, high school social studies class and rap battle, hit musical Hamilton first wowed audiences on the off-Broadway circuit in New York City in 2015. Soon after, it became a smash on the real-deal Holyfield, going on to rack up 11 Tony awards. Unless you landed a golden ticket and Amtrak-ed it down to the Big Apple during its initial run, you likely didn’t get your dose of Hamilton-mania until August 2019, when the show’s touring company touched down at Proctors in Schenectady. It was well worth the wait.
For the Broadway agnostic, Hamilton, written by Lin-Manuel Miranda—who starred as the titular Alexander Hamilton during the show’s original run—tells the tale of the Founding Father’s rise to power and eventual death at the hands of political rival Aaron Burr in an infamous duel. The musical was ahead of its time, casting people of color in all the lead roles and helping thrust hip-hop and R&B into the Broadway mainstream. It also kicked off a mini historical nerd renaissance up here in the Capital Region, which has a number of surprisingly close historical and pop cultural connections to the show and its players. 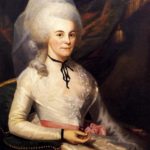 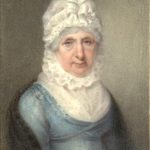 Schuyler Sisters: The Origin Story
Located on Riverside Avenue in Rensselaer, the red brick house that comprises the Crailo State Historic Site, was once part of a much larger tract of land known as “the Manor” or the mouthful that is the “Patroonship of Rensselaerswyck.” It’s where Catharine van Rensselaer, future wife of Revolutionary War General Philip Schuyler—and future mother to Hamilton’s Schuyler Sisters (Angelica, Eliza and Peggy) and mother-in-law to Alexander Hamilton—was born and raised. (The site is scheduled to reopen to visitors sometime this spring.) 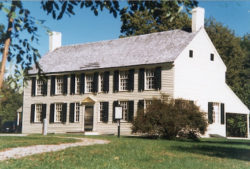 Schuyler-villa
The country home of General Schuyler sits inside the Saratoga National Historic Park in Stillwater. Schuyler operated a successful farming and milling business there, though retreating British troops burned it down in 1777. He hastily rebuilt the house (which is currently shuttered due to COVID), and everyone from George Washington to Schuyler’s son-in-law, Hamilton, ended up spending time there.

You Da Mansion!
General Schuyler lived in Albany’s Schuyler Mansion with his wife, Catharine, and their eight children. The musical’s Schuyler Sisters were all raised there, and Eliza actually wed Hamilton in the mansion, in 1780. 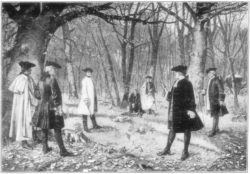 Clash Register
The political rivalry that ended with Aaron Burr firing the fatal shot that felled Hamilton on July 12, 1804, was spurred on by a letter published in the Albany Register newspaper that past April. It made reference to Hamilton’s alleged bad-mouthing of Burr’s political ambitions (Burr was running for governor of New York at the time). When Burr was eventually defeated and caught wind of the letter, it helped spark the deadly duel.

Summ-ah, Summ-ah, Summ-ah Home
Madame Eliza Jumel’s summer home still stands at 129 Circular Street in Saratoga Springs. In 1832, Jumel married Burr, who at that point had served as Thomas Jefferson’s vice president. But he wasn’t all that well-to-do, and well, Jumel believed Burr to be a gold-digger, filing for divorce three years later and retaining the legal counsel of one James Hamilton, none other than Alexander’s son. (How about that for a juicy plot twist?) The couple’s divorce was finalized in 1836—on the same day Burr died. Is it cold in here? Brrr.

Pop Culturally Speaking…
Miranda’s Rights to a Grammy
Before Lin-Manuel Miranda wrote himself into Broadway history on the strength of Hamilton, he scored another hit with four-time Tony winner In the Heights. Oscar- and Grammy-winning producer Joel Moss, who calls Saratoga home, produced the show’s 2008 cast recording, which went on to win him and Miranda a Grammy.

‘Non-Stop’ Law
In the final song of the first act of Hamilton, “Non-Stop,” Hamilton (i.e. Miranda) raps “after the war I went back to New York…I practiced law, Burr worked next door.” He’s actually referring to Albany, which he name-drops a few lyrics later. It’s true: Both Hamilton and Burr had law offices in Albany, but it was only Hamilton who was posthumously awarded an honorary degree by Albany Law School in May 2018.

Ham Fans Flock to Proctors
In 2018, almost exactly three years to the day after Hamilton premiered off Broadway, Schenectady’s Proctors giddily announced that it would be hosting Upstate New York’s only showing of the musical…in August of 2019. Yes, Proctors announced Hamilton’s 13-day run more than a year in advance, with the arts organization’s members able to call dibs on tickets right away and the general public getting the chance on June 24, 2019. So many fans logged on to proctors.org that day to snap up tickets that it temporarily crashed.

Stream On
If you’re one of the more than 85 million people (and counting) who subscribe to the Disney+ streaming service, you were able to start streaming the original cast production of Hamilton in July 2020. (The Disney+ version was filmed over three days in June 2016 at the Richard Rodgers Theatre in NYC.) At press time, Capital Region history buffs can still catch it on Disney+ in all
its glory. Don’t throw away your shot!