Before You Go: ‘Just Enough’

How an act of kindness gave one family the perfect Thanksgiving. 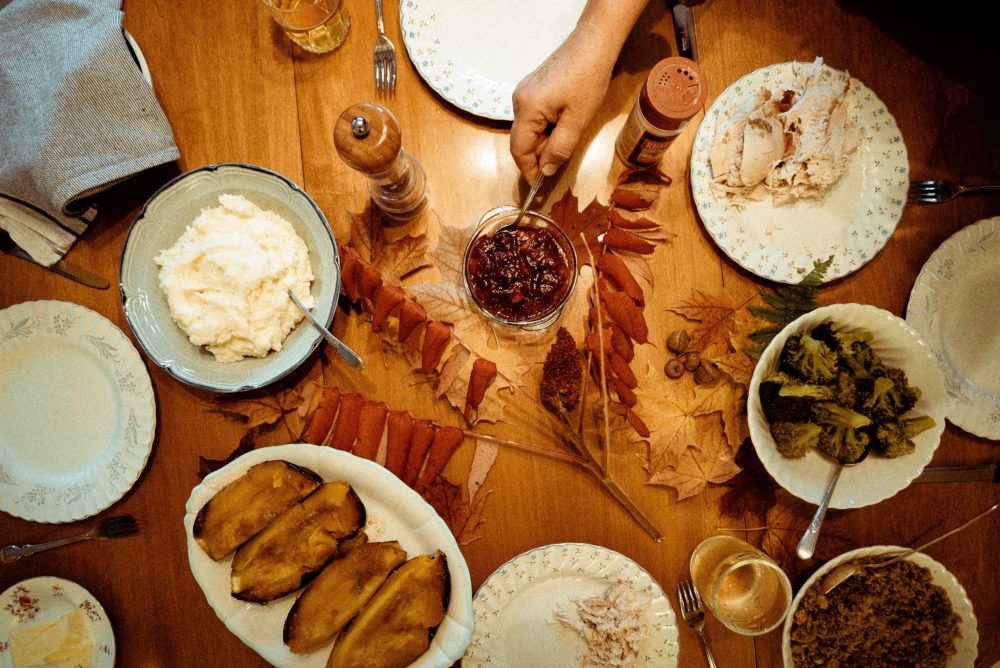 Margaret Houlihan hadn’t bought herself a new dress in years. A homemaker with health issues that kept her from working, she raised the kids while her husband worked at the nearby factory and brought home just enough for them to get by. Like with so many middle‐class families, all it took was one unexpected expense to put them behind the eight ball and find themselves, as the saying goes, “stealing from Peter to pay Paul.” Most days, thankfully, they did have just enough.

As Thanksgiving approached, Margaret found herself in good spirits because they were caught up on bills, and she was hopeful they’d have the money to finally do the holiday right. In Margaret’s mind, that meant (for the first time ever!) buying a fresh turkey to prepare for the family instead of the frozen variety. Now, there was nothing wrong with a frozen bird, but every year Margaret would find herself staring longingly through the glass case at the local supermarket at the “fresh turkeys,” wishing she could afford one.

With the day of thanks fast approaching, Margaret took her shopping list and money over to the store and went to the meat counter to inquire about the birds. Sal “the butcher,” as he was known, greeted her with a smile as she peered through the glass like a child picking out a puppy. The pricing wasn’t easily visible, so Sal had to turn over the tags and then watch the smile run from Margaret’s face. “Something wrong, dear?” he asked.

She could only look down and say, “I knew they were more expensive, but I didn’t realize they’d be three times as much as the frozen ones.” Sal was moved by her disappointment and found himself looking at her weathered shoes and faded coat with the second button missing. “I’ll tell you what,” he said. “These fresh birds are expensive, but the day before Thanksgiving, if we have any left, we mark them down to half‐off.” Margaret’s eyes lit up as she did the math in her head of what that would cost and she said, “Then I’ll see you the day before Thanksgiving.”

As Turkey Day crept closer, Sal noticed his fresh birds selling much faster than usual. At this pace, he’d surely run out before the big day. Growing up poor himself, he felt a connection to that woman he’d sometimes see in the store with her two young children and wished he could help out. “I guess we’ll just have to hope for the best,” he said to himself.
On the afternoon before Thanksgiving, Margaret Houlihan arrived at the store with her shopping list and went directly to the meat counter. Sal motioned with his hand for her to wait a moment and then emerged from the back with a perfect fresh bird. As promised, it was marked way down to a price Margaret could afford.

After thanking the butcher, she pushed her cart away, and Sal was overwhelmed with a sense of warmth. It lasted about two minutes before the store manager appeared at his counter, looking upset. He said, “The other day I was doing inventory in the cooler and hidden under a box in the corner was a fresh prize turkey. I know what you’re doing, and I have to tell you that hiding that until today so you can buy it for yourself and save money is theft. Now go get the bird and put it in the case.”

Sal looked down sheepishly and said, “You’re right; I did set it aside but not for me.” He then walked his manager to the front of the store, where they saw Margaret checking out at the register. The manager saw the woman in the tattered coat carefully laying out her coupons and anxiously watching the numbers on the register climb higher. Then she counted out her money, paused, and let out a heavy sigh. She was short four dollars.

“This is who you helped?” the manager asked Sal. He nodded, yes. The manager paused and ran his calloused hands through his hair before approaching Margaret. Sal swallowed hard, not certain what his boss would do. The manager said to the woman running the register, “Susan, did you not see the sales signs we put out today? Everyone who buys a fresh turkey gets a free pumpkin pie. Take that pie off her bill, please.” When the clerk punched the buttons, and the pie came off, Margaret had just enough.

The manager and Sal helped Margaret carry her bags to her old car, and as the creaky door slammed shut and they turned to go, the driver’s side window open just enough for a gentle voice to say, “God bless you both.”

As the two men walked back toward the store, the manager said to Sal, “Do you have any more turkeys hiding for people like her?” Sal smiled and said, “No, sir.” His manager put his hand on Sal’s shoulder and replied, “Why not?”

Share more. Care more. Dare more. You just might change a life. Have a safe and wonderful November and Thanksgiving.