We spotlight 10 new businesses that took the plunge during a pandemic. 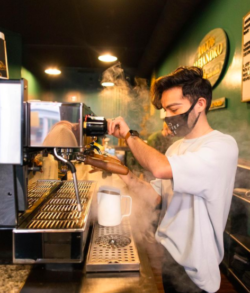 Jacob Alejandro
274 River St, Troy
This past December, Capital Region coffee lovers got an early Christmas present when married couple Jake and Alejandro Griffin-Diaz officially opened their coffee shop, Jacob Alejandro, in Downtown Troy. But Jacob Alejandro isn’t just your run-of-the-percolator coffee shop: The owners’ specialize in “specialty coffee,” a term used to describe cups of joe that are made using the best beans and brewing technology to bring out never-before-tasted flavor notes. There’s an educational element to specialty coffee, too—baristas need to be taught how to use special equipment and about the origins of the coffee they’re making. To that end, when it’s safe to gather again, Jake and Alejandro plan to hold coffee courses at their River Street space. 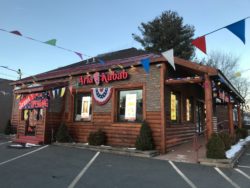 Aria Kabab
1647 Central Ave, Colonie
Craving flavors you won’t find at Applebee’s? Head to Colonie’s Central Ave’s new Afghan restaurant, Aria Kabab, where you’ll find a huge selection of tikka (a dish made by marinating meat in spices and yogurt and then cooking it in a tandoor oven) and kofta (Afghan meatballs), as well as gyros and lamb chops. Yum! 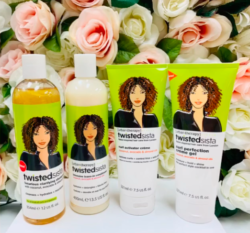 Stefanie’s Beauty Supply
54 Crossing Blvd, Clifton Park
In the final days of 2020, Glens Falls native Stefanie Thomas opened Stefanie’s Beauty Supply, a Clifton Park–based store with a focus on providing affordable hair care products to the local community of color. Thomas’ shop carries everything from gels, creams and conditioners to rollers, hairdryers and wigs, as well as grooming products for men. It even has a kids’ section, complete with books about embracing the skin you’re in. 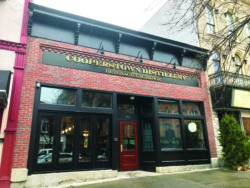 Cooperstown Distillery Beverage Exchange
453 Broadway, Saratoga Springs
Saratoga’s known for its downtown bars and restaurants. One thing its main drag was missing? A high-end spirits shop. This past December, Cooperstown Distillery, headquartered in—you guessed it—Cooperstown, opened a second retail location and tasting room in the Spa City. While its name is a bit of a misnomer—there’s no on-premises distillery—guests can stop in to pick up bottles, including whiskey and vodka, in one of the company’s baseball-shaped Hall of Fame Signature Series decanters, or belly up to the bar for a cocktail made with Saratoga Revolutionary Rum, the distillery’s Saratoga-exclusive spirit. 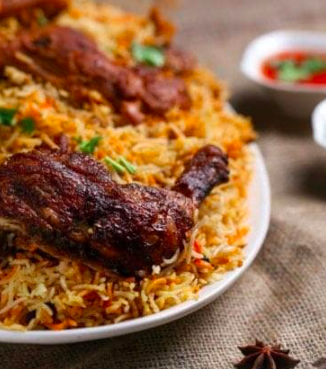 Curry Patta
187 Main St, Altamont
For more fare with an ethnic flair, check out Curry Patta, a Pakistani restaurant that recently opened in Altamont. On the menu is chicken qorma, beef seekh kabab and chicken tikka masala, plus plenty of very affordable options for vegetarians. And don’t forget its curries—they’re all made from family recipes handed down by the owners’ ancestors. 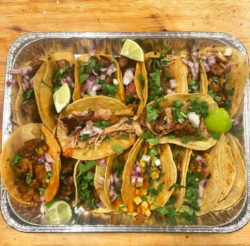 La Capital Tacos
161 4th St, Troy
January 1, 2021 was more than just New Year’s Day for Chef Yair De La Rosa—it also marked the opening of his new restaurant, La Capital Tacos, a partnership with across-the-street neighbor, Sunhee’s Farm and Kitchen, in Downtown Troy. Dubbed “the most authentic Mexico City—style taqueria in Troy” (De La Rosa is a Mexico City native and began his restaurant career in his family’s restaurant there), La Capital serves up tacos prepared just like they do south of the border (try the Pollo a La Parilla variety). The restaurant is currently open for takeout, and De La Rosa says that he can now seat up to five people, socially distanced, at the bar, which is being manned by Sunhee’s. 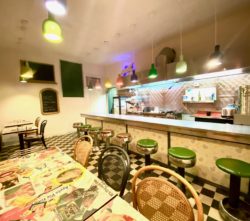 The Tiny Diney
300 Ontario St, Cohoes
Last September, when artist and Footsy Magoo’s co-owner Robilee McIntyre saw the impressive community turnout at Cohoes’ Eat in the Street, a program that shut down Remsen Street on Friday evenings so that restaurants could serve customers in the road, she knew she had to get in on the fun. Now, she’s the proud owner of The Tiny Diney, a diner that’s, well, tiny and on Ontario Street in Downtown Cohoes. Breakfast classics are the name of the game at The Tiny Diney, where customers can dine in, or get their food to go via contactless pickup. There are also plans in the works to recreate a 1950s-style carhop there, where customers can get their breakfast orders roller-skated out to their cars. 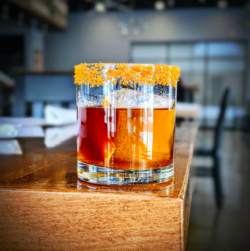 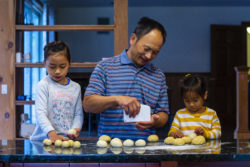 Two Little Dumplings
12 Maher Rd, Slingerlands
Want to down some delicious dumplings but on your own time? Slingerlands’ Two Little Dumplings has you covered. Customers can order a variety of frozen dumplings online at twolittledumplings.com, pick them up on Saturday mornings or Monday afternoons and then whip up a batch whenever their heart desires. The new biz also comes with a heartwarming story: Two Little Dumplings is a multi-generational family business that’s named after Chef Raymond Lee’s
two granddaughters. 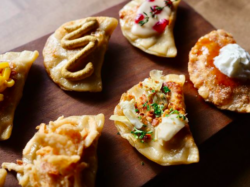 Pierogi Shoppe
Saratoga Springs
About a year and a half after Mike and Shelley Spain opened Seneca in Saratoga Springs, the husband-and-wife duo came up with another business venture that was sure to be a smash (or should we say “mash”?) hit. The concept? A virtual kitchen—one which prepares food for delivery only. The product? Pierogis. On December 20, the Spains launched Pierogi Shoppe, a virtual kitchen offering pierogis stuffed with everything from sweet potato and bacon to sauerkraut and kielbasa, all of which are available for delivery on DoorDash. And for dessert? A fried pierogi tossed in cinnamon sugar, stuffed with apple pie filling and topped with caramel sauce. Przepyszny! (That’s “yummy” in Polish.)