From glam Stewart’s Shops merch to a facelift for Albany’s ugliest building, here’s what’s happening in the Capital Region as we dive head first into 2023.

Rock on
After releasing three albums over the course of the pandemic, rocker and veteran to the Capital Region music scene Christopher Peifer is planning a 2023 tour with a band to play music from all three projects. If you don’t (yet!) know his music, this snuggle season is the perfect time to press play on his most recent power-pop solo album of the three, Sacred & Profane, which was released October 30. Peifer lived in Albany for five years while attending SUNY Albany and has played in several Capital Region bands such as 500 Hats and, more recently, Blockhouses with Guy Lyons of The Figgs. 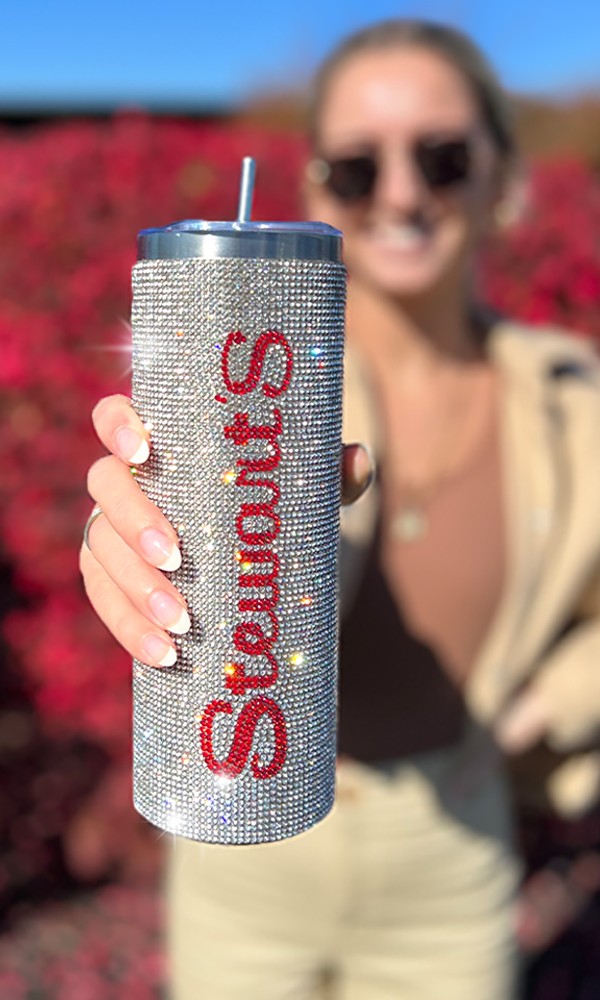 Merch Mania
Could Stewart’s Shops get more popular upstate? Short answer, yes. The chain’s brand-new online shop (with at-home delivery!) offers all-new limited-edition Stewart’s-branded items that have become gotta-have statement pieces practically overnight. The hot new swag debuted Cyber Monday and includes everything from branded Stewart’s beanies, socks and car stickers to a shimmery rhinestone tumbler and even cute ice-cream-themed onesies. Limited-run items will be available throughout the year, in addition to gas station staples such as Stewart’s coffee and money/gas cards. Sorry, no ice cream in the mail just yet.

Budding Business
New Yorkers in favor of marijuana legalization are starting the new year off on the edges of their seats, with Capital Regionites especially left in limbo. During a Cannabis Control Board meeting in Albany December 21, the board made a highly anticipated announcement that recreational marijuana sales will finally begin—in some capacity—on December 29. The announcement comes almost two years after then-Governor Cuomo signed the Marijuana Regulation and Taxation Act on March 21, 2021. The first legal retail sale will be made in New York City by the downstate nonprofit Housing Works. The market rollout is not simultaneous statewide; at press time there was no word yet as to when licensed cannabis sales will hit Albany or the greater Capital Region.

Therapy Session
Talk about getting something off your chest. Saratoga Springs’ Fingerpaint Group, an amalgam of healthcare solutions companies, recently unveiled a social media campaign called Unf*ck Your Feelings. Launched in time for Men’s Health Month (or “Movember”), the campaign, along with social media influencers, continues to—during this high time for seasonal depression, loneliness and substance abuse issues—encourage young men to use various mental health resources. According to the CDC, only one in four men who experience anxiety or depression seeks counseling. Elyse Manosh, Senior Copywriter at Fingerpaint, wanted to change the stigmatism attached to therapy. “I’ve witnessed resistance to therapy in my guy friends,” she says. “Knowing that resistance extends farther than just my social circle, I wanted to squash the long-standing taboo. Stereotypes about therapy are improving, but they’re still around. Let’s change that.”

Eyesore No More
It’s still feeling a lot like Christmas in New York’s capital, which is receiving a $9.75 million grant to rehabilitate the crumbling Central Warehouse. Announced December 20, the windfall is the largest grant awarded so far as part of the $102 million statewide RESTORE program for revitalizing, reconstructing or demolishing abandoned and/or condemned properties. The city-wide excitement is well deserved: The money will help turn one of Albany’s most persistent eyesores, which was built in 1927 as a massive cold-storage warehouse, into more than 100 apartments with 25,000 square feet for businesses, shopping and eating on the ground floor. Yes, please!