Albany’s most famous building looks even more striking under a fresh coat of snow. 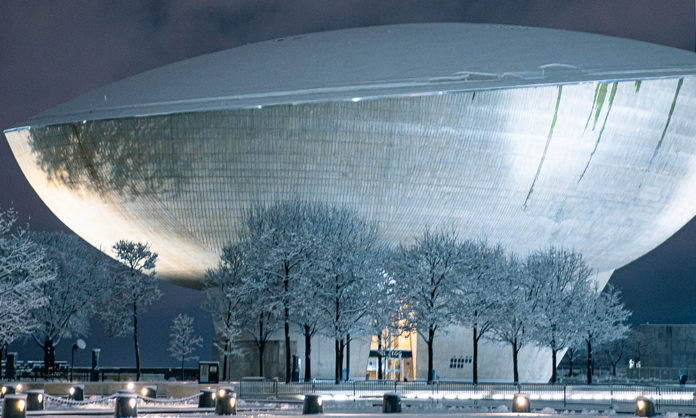 One thing I love about Albany is its architecture, the crown jewel of which is The Egg. I’ve photographed this Capital City oddity countless times, but before this shot, never under a blanket of fresh snow. After the first snowfall of the year one winter, I drove down to the Empire State Plaza, which was nothing short of a winter wonderland. There’s no right or wrong way to photograph a building as unique as The Egg, but I chose this composition because of the layers of chains and cement blocks—larger in the foreground and getting smaller as you get closer to the building—that draw you into the focus of the image. For my fellow photography geeks (that’s a compliment, not an insult!), I shot this photo with a Canon Eos R paired with a Canon EF 24-70 f/2.8L V2, and was at 70mm to be sure I isolated The Egg from the other buildings around the plaza. I think the final product does Albany’s most famous building—and the beauty of winter in Upstate New York—justice.

See more of Tony’s photography at @tcolasurdo on Instagram.