Before You Go: Finding Love 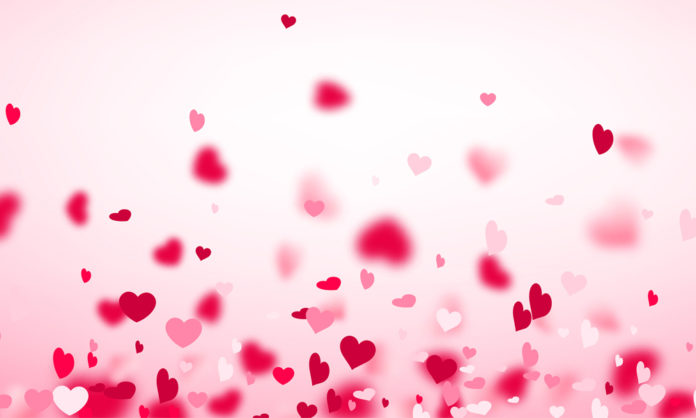 Her name was Francella, and she looked every bit as Italian as that moniker suggested, with tan skin, thick, dark hair and deep, brown eyes. Despite that, everyone called her Frenchie, a nickname she picked up in the fourth grade when she memorized the message written on the tablet the Statue of Liberty held and recited it flawlessly, in French, for all her classmates to hear.

A social worker by day, she spent three nights a week as the maître d’ at a posh restaurant downtown; extra money to make ends meet.

Tuesday nights were slow at the restaurant, so Frenchie couldn’t miss a woman with red hair in a ponytail as she wandered in from the cold, searching for heat and something to quiet her noisy tummy. She was well dressed, with a Louis Vuitton tote slung over her right shoulder, dark eye-liner and those false eyelashes that always looked like they itched after a long hard day.

Frenchie sat her at a table away from the chilly window and then returned to her station by the front. She watched the waiter approach, ask the woman if she was alone and then clear away half the dishes and glasses on the table.

A sadness seemed to fall over the woman’s face when the waiter took so many pretty things away. What happened next surprised even Frenchie, since she was the one who did it.

“Don’t you hate that part?” Frenchie said, taking a seat, without asking, directly across from the woman.

Before she could answer, Frenchie explained, “You just want to eat alone and it’s like some punishment, taking away all the place settings for the person who isn’t there.”

The woman looked at the empty table where the glasses were a moment ago, smiled and said, “It does feel like that, doesn’t it?”

A hand crossed the table and then, “I’m Frenchie.”

Frenchie learned Sandra was a lawyer specializing in copyright infringement and every bit as single as she looked on this cold winter night.

“Tell you a secret?” Frenchie whispered. “Better to be alone than with the wrong person. “This time of year with Christmas and Valentine’s Day, people feel pressured to be with someone. I say to wait for the right one.”

Sandra smiled and replied, “I agree, but where are all the good ones?”

Frenchie looked around as if she were about to share a secret, then said, “Apparently working and eating in fancy restaurants by themselves.”

The joke made Sandra laugh.

“Can I tell you a secret about love? Something I’ve learned working here these past few years?” Frenchie continued.

Sandra took a sip of the merlot the waiter brought her, leaned back comfortably in the oversized chair, then said, “Educate me.”

Frenchie pointed around the half-empty restaurant, “Two kinds of couples come into a place like this. There are those celebrating something, a birthday or anniversary. Or the other kind, where the guy is trying to impress the lady.”

Sandra listened and replied, “Go on.”

“They’ll spend ridiculous amounts of money on limos and dresses and food,” Frenchie continued. “So much of it is a show, like something you’d see on social media.”

“When right over there,” Frenchie said, pointing toward the window that faced the street, “in that park across the boulevard…That’s where the real romance is happening.”

Sandra spoke up: “What do you mean, real?”

Frenchie stood up now, answering, “Couples having picnics. Couples sitting under a tree reading a book together. Couples who don’t have two nickels to rub together, holding hands and walking and talking.”

As Sandra conjured an image of all those happy couples in her mind, Frenchie snapped her fingers at the waiter and called out, “Bring me a plate and silverware, I’m taking my dinner break and eating with my new friend.”

The waiter ran over and, with a sheepish expression, said under his breath, “I don’t think that’s allowed.”

Frenchie locked eyes with him and in a firm tone, replied, “It is tonight.”

The two strangers, now friends, split an order of calamari and lobster ravioli, before Frenchie took the bill from the waiter’s tray, tucking it up the sleeve of her dress.

“And just like that, it’s gone,” Frenchie said with a wink.

As Sandra rose to leave, she inquired, “I never asked, are you single?”

Frenchie replied, “I am. I don’t settle.”

When the two reached the door, Sandra turned and said, “Thank you for this. I mean it.”

Frenchie gave her new friend a hug and said, “Love is coming for you. I feel it.”

A few weeks after their unexpected meeting, Frenchie worked the dayshift at the restaurant. As she greeted and seated the busy lunch crowd, she found herself looking out the window at the pretty park across the way.

A gentle snow was drifting down among the benches and cobblestone walk when she saw her. It was Sandra, holding hands with a man in a long dark cashmere coat. Their fingers locked tight, her pretty red hair peaking out from  under a beige wool cap.

Frenchie could only smile and whisper to herself, “I told ya.”