Fall in love with the Empire City’s friendly, fun vibe.

Throughout this year, Capital Region Living magazine will be focusing in on different cities in and around the Capital Region. We’ll take you on a tour of the top restaurants, bars, clubs and hotels in town—as well as introduce you to some of the city’s most memorable residents. This month, we’re taking a closer look at the Empire City, Glens Falls (plus a few hotspots in nearby Queensbury). Note: Some of the restaurants, hotels and venues listed below remain closed due to the COVID-19 crisis. Use this as a guide for when they reopen. 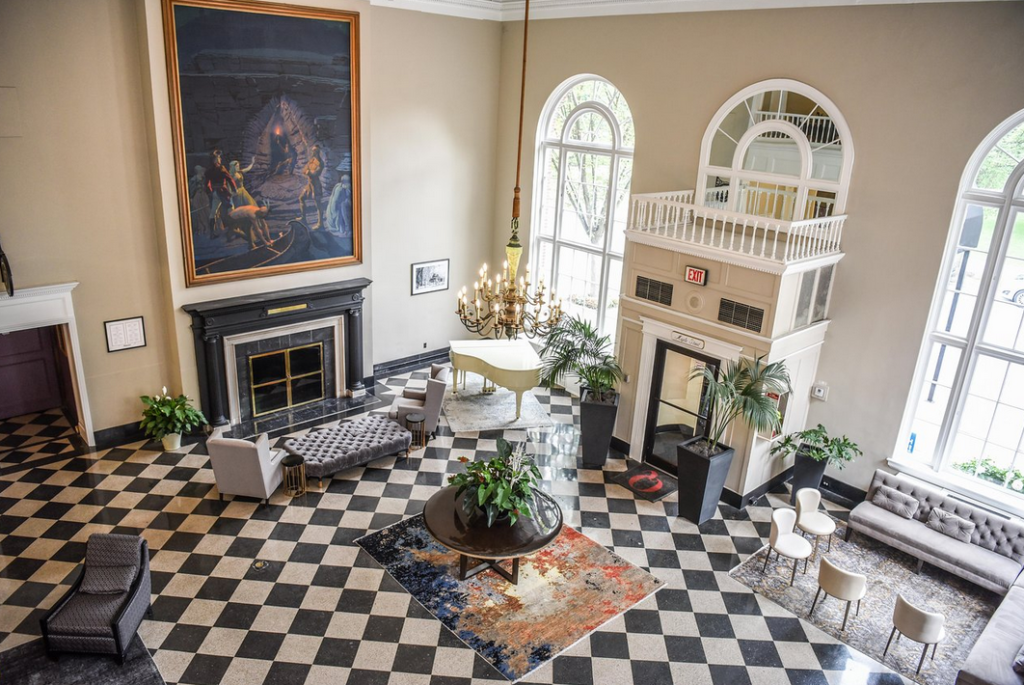 STAY
The Queensbury Hotel
Just steps from Downtown Glens Falls, the historic Queensbury Hotel offers a rare refinement and elegance reminiscent of New York’s Gilded Age. Built in 1926, the Queensbury Hotel mixes all the bells and whistles expected of modern hospitality—an indoor pool and Jacuzzi; and high-speed, wireless Internet—with a bit of the unexpected. You can even get your hair cut—hopefully, sometime this month—at its own barbershop. The hotel also includes a restaurant/pub, Park 26, which offers locally inspired American fine dining.

The Bell House Inn
Situated in a 19th-century Victorian, The Bell House Inn bed-and-breakfast is perfect for a weekend getaway up north, offering guests five colorful, creatively decorated guest rooms to choose from. Each room includes its own private bathroom and fireplace, free high-speed Internet access and a flat-screen HDTV. Sprinkle in a gourmet breakfast served in the inn’s candlelit dining room every morning, and your romantic getaway will be complete.

EAT
Raul’s
Those craving delicious and creative Mexican fare need look no further than Raul’s on Glen Street. Opened in 2007, Raul’s has set itself apart by offering a unique menu of Mexican-American fusion food unlike anything else in the Capital Region. The restaurant’s known for its tacos: Try the Jamaican-spiced Jerked Chicken Tacos, Spanish Chorizo Tacos or the zesty Falafel Tacos. Did we mention Raul’s also offers $6 house margaritas for happy hour (2-6pm) every day of the week? No “long-lost shaker of salt” here.

Morgan & Co. Restaurant
Located just across from Glens Falls City Park in a historic Romanesque Revival house, Morgan & Co. Restaurant offers fine dining and a lush, lounge-like environment to enjoy it in. In addition to a delicious selection of surf and turf, Morgan & Co. is also known for its eclectic brunch menu, offering everything from North African Eggs Shakshuka (poached eggs simmered in spicy tomato sauce) to Candied Garlic Spare Ribs. The restaurant also has an extensive list of wines, offered by the glass, bottle or carafe, plus beers and cocktails.

Birch Bark Eatery
Opened downtown a couple of years ago, the Birch Bark Eatery offers a wide array of traditional deli items, with a twist—the entire menu is vegan-friendly. But you wouldn’t guess it from taking a bite out of menu items such as Chikken Baycun Ranch Pizza, a Stuffed Burger with “chorizo garlic chzzz” or some of Birch Bark’s locally famous, mouth-watering vegan donuts.

Downtown Social
When it comes to having a good time, the Downtown Social on Glen Street doesn’t mess around. This expansive eatery and lounge mixes sleek, contemporary décor with an urban pulse, offering a huge food menu—half pizza kitchen, half delicatessen—lots of cocktails, wines and craft beers, plus a stage for live entertainment. The Downtown Social even has a separate space, The Bourbon Room Tapas Bar, featuring small-plate fare and a more intimate, old-school pub vibe. 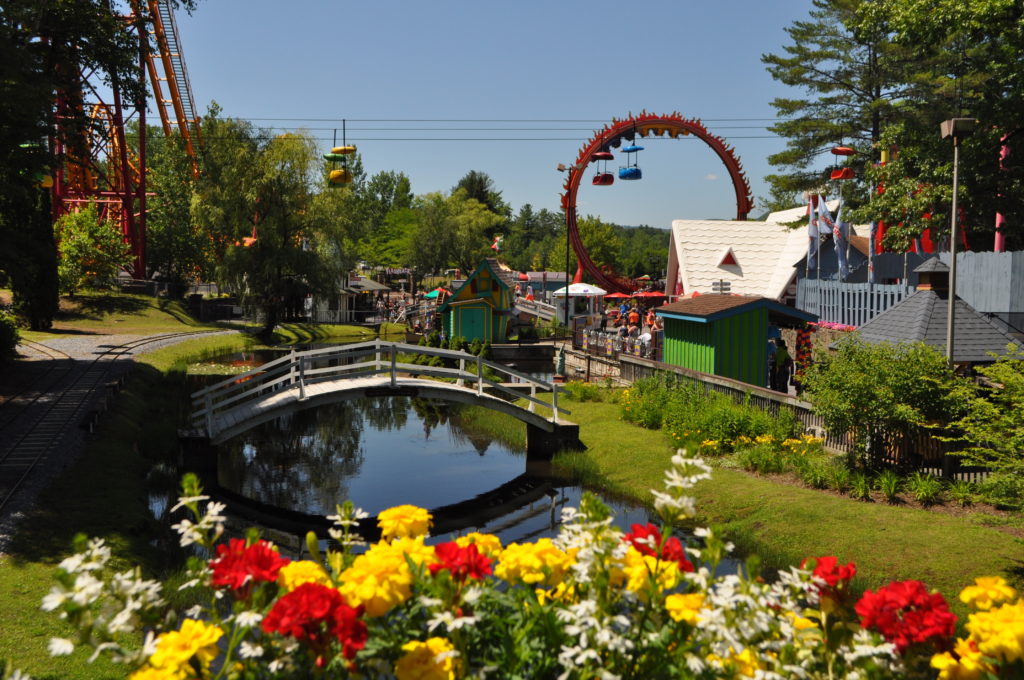 The Great Escape
Neighboring Queensbury’s own amusement park, The Great Escape, is aptly named. Whether you’re exploring the park’s nearly 50 rides or slipping on a bathing suit to dive into its waterpark, Hurricane Harbor, there’s no shortage of fun to be had there for both kids and adults. This Six Flags-owned park is also regionally renowned for its Oktoberfest celebration every September. Two full weekends of Bavarian pretzels and German beers? Pass the stein, please! 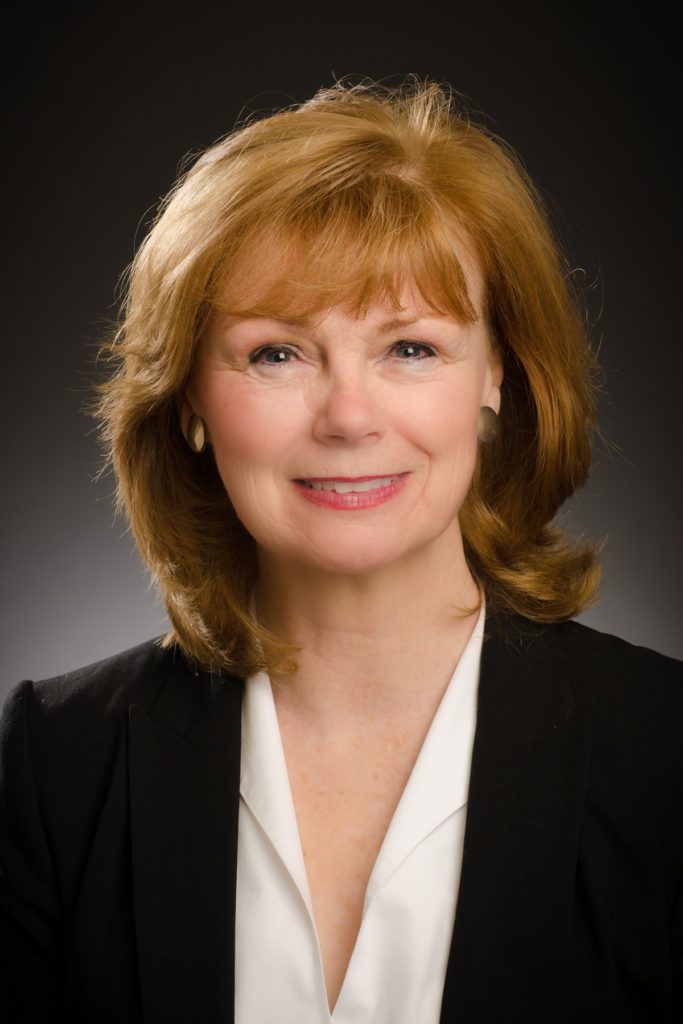 Get To Know…
Elizabeth Miller, Owner and CEO of The Park Theater and Doc’s Restaurant
The Park Theater and Doc’s Restaurant, both in Downtown Glens Falls offer a one-two punch of the entertainment and culinary worlds in the area. Located at 14 Park Street, the beautifully restored Park Theater originally opened in 1911 as Glens Falls’ first-ever movie theater, showing silent films and staging live vaudeville shows, before closing in ’35 and being converted into a printing plant. “I have always been passionate about bringing historic buildings back to life,” says Elizabeth Miller, owner of The Park Theater and Doc’s. (Miller’s also president of the Glens Falls-based metal fabrication firm, Miller Mechanical.) “The Park Theater was definitely on my radar for a long time,” says Miller. “There’s so much history in Downtown Glens Falls, and that’s something that I really think we need to treasure.”
When Miller purchased the building in 2014, the Park Theater looked more like a ghost of its Great Gatsby-esque glory days. Nonetheless, Miller had a vision to turn the space into a versatile performing arts venue and restaurant—right in the heart of Glens Falls. “It was obviously a very special place to the community back then,” says Miller. “We really wanted to make it shine in that same way for our community today.”
In April 2018, after a nearly two-year, $3 million renovation, the venue officially reopened with Doc’s also welcoming diners downstairs, accessible via a spiral staircase. Since then, the theater has hosted a number of top-notch acts such as Grammy-winning singer-songwriter Terrance Simien and veteran comedian Jon Fisch, as well as classical music concerts and murder mystery theater.
Miller’s got big plans for The Park Theater, despite its temporary closure due to the COVID-19 crisis. The Park’s Managing Director, Chris Ristau, has been hard at work developing a brand-new schedule of touring acts and local favorites, and Chef Matthew Delos at Doc’s is creating a completely new summer menu. “Keep your eyes peeled for takeout options in the near future,” Miller says. “We’re looking forward to welcoming guests in for dinner and a show when we open back up again.” 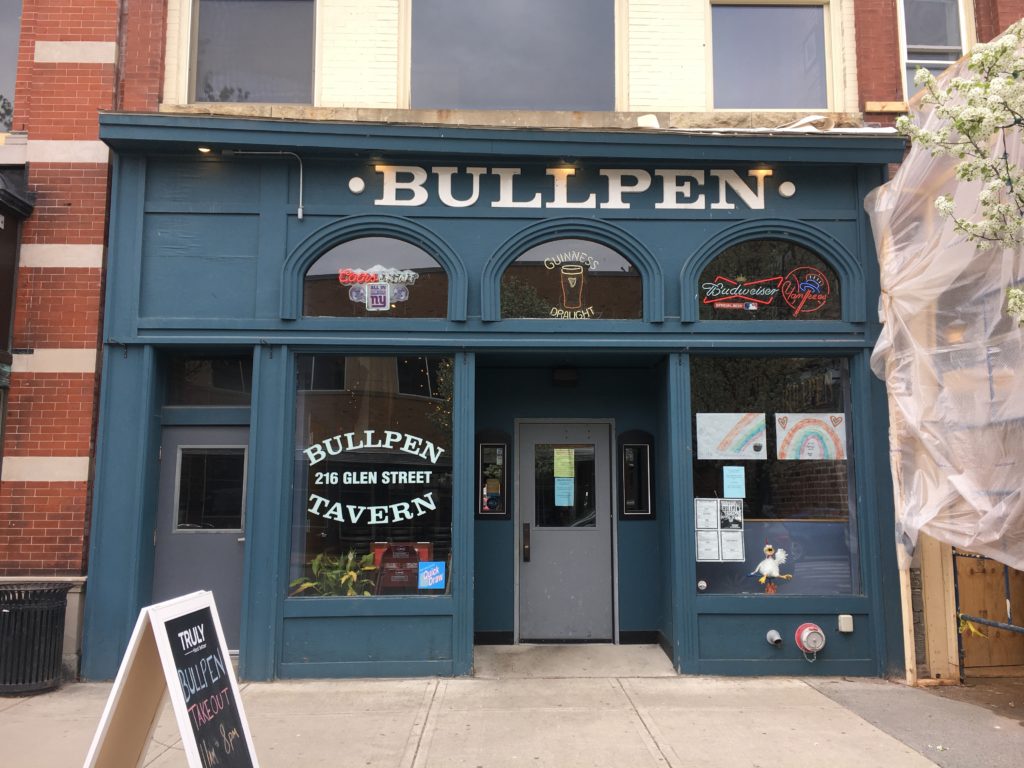 Get To Know…
Paul Bricoccoli, Co-Owner of The Bullpen Tavern and Talk of the Town
Anyone who swears that business should never be mixed with friendship should
talk to Paul Bricoccoli. The co-owner of Glens Falls’ original red-sauce diner, Talk of the Town, as well as the Bullpen Tavern, has certainly flouted that rule—two times over.
“All four of us were born and raised here, even graduated from Glens Falls High School,” says Bricoccoli of his long-term business partners, Scott Endieveri and brothers David and Jason Krogmann. “The partners opened their first business, the Bullpen Tavern, in 1994. “When we first opened up 25 years ago, there were boarded-up storefronts downtown, and a couple of old bars and hotdog places,” says Bricoccoli. “It was depressing looking, but we’ve gone through quite a renaissance in the last 10-15 years.”
It was during this renaissance that Bricoccoli and his three friends acquired one of Glens Falls/Queensbury’s oldest and most cherished eateries, Talk of the Town, a restaurant and pizzeria that first opened its doors in 1980. “When we were little kids, if you hit a homerun, then you got a free cheese pizza at Talk of the Town,” Bricoccoli says. “We’d always come here after high school dances and football games. It had always been a special place for us, and it was a good experience purchasing it when it came up for sale.”
Aside from some minor renovations and updates, Bricoccoli and his partners have gone out of their way to preserve the small-town warmth of Talk of the Town, including most of the original menu. “The menu’s just as iconic as the business itself,” says Bricoccoli. The Glens Falls native says that the secret to the restaurant’s success has been maintaining that New York diner-inspired menu with its emphasis on fresh, house-made food and, of course, Talk of the Town’s signature pizzas, a secret family recipe that was handed down by the previous owners. Incredibly, the restaurant has even maintained some of its original staff from almost four decades ago. “I have two kitchen guys who’ve been here over 30 years, and a waiter for 38 years now,” says Bricoccoli. “And he’s still my most requested waiter. It’s that kind of place.”
As for whether nearly three decades of working with his buddies has ever led to some hard feelings, Bricoccoli says, not so much: “We’re the same four guys we’ve always been. Somehow we’ve stuck together through it all.”