We Have Some Important News To Share With You, Capital Region

Our entire staff hopes that you and your loved ones are safe, healthy and doing as well as can be expected during these unprecedented and troubling times. And we wanted to sincerely thank you for your continued support for our small, community-focused media group.

We have had some major changes happen at our company in the past few months, and we wanted to share them all with you. Back in January, Saratoga Living, which has published in Saratoga County and the surrounding region for more than 20 years, officially merged and combined teams with Latham-based Capital Region Living, a monthly lifestyle publication that has served the greater Capital Region for more than 15 years. The Capital Region Living team moved up to Saratoga this spring, doubling the number of employees to nine in our small Broadway office. Additionally, we created Saratoga Living Arts, a new division through which we have been helping local nonprofits—the Saratoga Performing Arts Center (SPAC), the Saratoga Automobile Museum and The Hyde Collection—widen their print, digital and social media marketing efforts. Now, Saratoga Living, Capital Region Living and Saratoga Living Arts are united under the umbrella organization, Empire Media Network, Inc.

But change is never easy. In mid-to-late February, our now-former editor in chief, who also served as president and CEO, left the company to return to NYC. In the days that followed, and as New York State went into lockdown, our local team—led by new CEO Abby Tegnelia, Editorial Director Will Levith and Chief Operating Officer Tina Galante—dove into producing four print publications (a new digest for the Hyde, a special edition car magazine for the Automobile Museum, plus Saratoga Living and Capital Region Living magazines), entirely remotely. To further complicate things, since most of our favorite downtown businesses (i.e. our top distribution points) were temporarily closed, we were forced to pivot how we got our magazines to you, hand-delivering bundles of them to “essential” businesses and local restaurants that generously agreed to include them with takeout/to-go orders. We’re particularly proud of the fact that we’ve been distributing our magazines to area nursing homes from Hudson all the way up to Glens Falls. And we also donated free ad space in Saratoga Living to create a “thank you to essential workers,” and together with a number of our advertisers across town, raised $2,700, donating 100 percent of it to Shelters of Saratoga.

Our staff of local, full-time employees remains committed to providing Saratoga and the Capital Region with the highest quality lifestyle coverage and breaking news. Like many other small businesses in the region, however, we’ve felt the adverse effects of the economic downturn, as the majority of our revenue comes from print advertising sales—something that has plummeted in recent months.

So we are making changes and taking a number of aggressive steps to continue our work in the community, such as launching a series of online events, highlighting many of our fellow local businesses; reporting on important pandemic-related news to keep people informed; and helping to promote our nonprofit partners’ efforts during the pandemic.
In short, the events of the past few months have pushed us to rethink how to deliver our publications to you. We have spoken to you, are listening to you and will continue to dedicate our focus to serving you. We are humbled by the response of the entire community during this pandemic, and our new team is focused on continuing to earn your trust as an important outlet throughout this region’s many neighborhoods.

We look forward to continuing to serve you through our print publications, websites, virtual events and nonprofit partner publications. 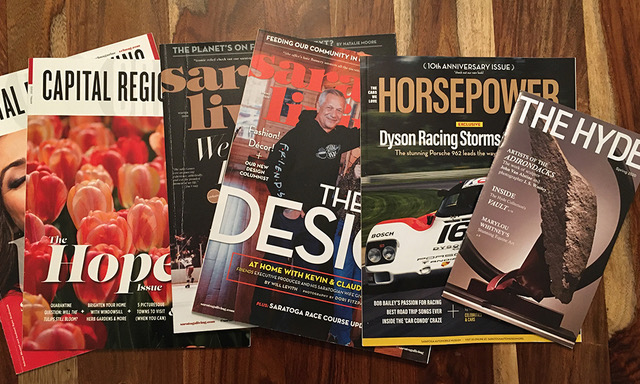