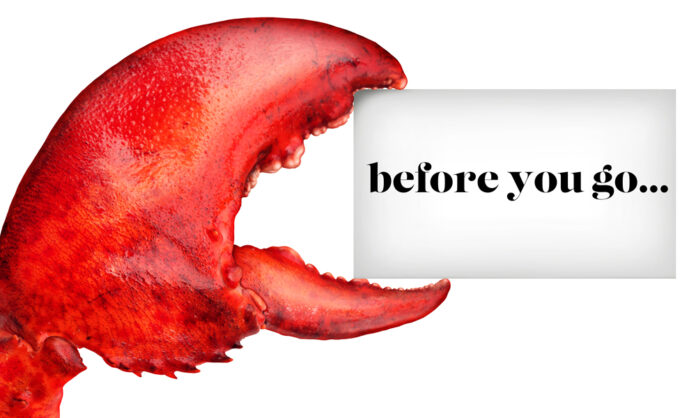 A heavy, wet snow fell outside of Marsha’s second-floor window, clinging to the branches of a blue spruce pine like a child holding tightly to his parent’s hand. No matter the setting on her thermostat or how unmercifully cold the temperature outside, Marsha always cracked the kitchen window to offset the heat that rose from the apartment below.

Sipping a cup of cocoa in a ceramic mug she purchased at a gift shop in Wildwood when she was only 13, Marsha looked at her goldfish, Denny Crane, and said, “Well Denny, happy birthday to me.”

She was 40 today and this one stung. It was that milestone birthday you assume you’ll have everything figured out by: career, partner, kids. Instead, it was just Marsha, the pine trees and the fish she named after one of her favorite TV characters. She realized Denny’s fishbowl was precariously close to the window, prompting her to say, “Careful not to jump unless you have a parachute.”

Marsha opened her laptop and pulled up the dating website she joined only the night before to see if anyone liked her profile. There were a dozen suitors, all no doubt with more weight and less hair than their photos promised, flirting and prodding, hoping to see if Marsha would take the bait and answer back. Delete, delete, delete. Then she saw Clayton Mayfield.

His photograph revealed a man in his late forties, wearing SpongeBob SquarePants pajamas, unlaced work boots and one of those leather bombers hats with the flaps that Cousin Eddie wore in those Vacation movies. Yet that wasn’t the strange part. The man was covered from nose to toes with thick black motor oil. Marsha assumed it was a joke, but curiosity got the better, so her right pointer finger clicked the mouse, revealing a short paragraph that would change her life.

My name is Clayton and as you can see, I’m a mess. I tried to save money by replacing the oil on my vintage mustang by myself but forgot to put the plug back in before filling it with oil. At least you know I’m not afraid to try new things or ashamed when I fail. I have $83,514 dollars in student debt, the result of my turning my sociology degree into a job at a domestic violence center where I help women on the worst day of their lives. I’ve only been in trouble once in my life—when I was 7 and tried to free the lobsters from the big tank at the supermarket. My best friend is a cat named Alan Shore, named after a character from my favorite TV show. I detest mushrooms and lying but love putting on a t-shirt that just came out of the dryer and the smell of cookies in the oven on a lazy Sunday afternoon. You’ll never find a scale in my house; I only care about the size of your heart. I’d love to make a new friend, but if it turns out to be more… that’s okay, too.

Marsha gently placed her mug down and typed a simple reply: Broke and a mess with a dash of humility and honesty is everything I’ve been looking for. If you love the TV show Boston Legal, your Alan Shore needs to meet my Denny Crane. Since my Denny is a fish, not a cat, Alan may not invite him to dinner. LOL. I am open, however, to the promise of a new friendship and whatever comes next. Perhaps we can hold hands at the market and free the lobsters together.