Before You Go: ‘Keller’s Heart’

CRL's John Gray tells the story of a good dog. 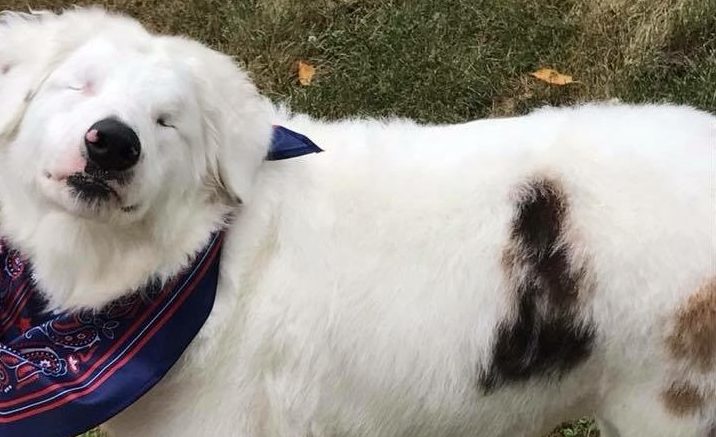 He should have died if we’re being honest about things. Most full-bred dogs that are born severely disabled are often put down as some misguided act of mercy. That’s the polite way they describe it, “put down.” As if you picked something up in a store, didn’t like the price tag on the bottom and just put it back down on the shelf and walk away. But Keller lived, only to be abandoned on the street, like a chewing gum wrapper, one cold spring day. I suppose the owner assumed nature or a four-wheel drive truck would do what they didn’t want to do; end things for this unfortunate ball of white fur. He, and perhaps God, had other plans.

Somehow he didn’t get hit by a car, wandering around blind, and found his way to the shelter with the rest of the strays. I was volunteering one afternoon at the shelter and saw him in a crate with his messed up eyes and sad tale to tell. He emerged from his cage, smelled the room and came directly over to me. He probably smelled my dog’s scent on me when he put his head on my foot. For a little dog, I felt the weight of a cruel world resting hard on my sneaker. “Choose me, and you won’t regret it,” he said. Keller never was a liar.
My wife and I already had two puppies at home and a senior dog who was very sick so it was insane to adopt a blind and deaf puppy. Insane. A week or two after the surgery to close up his missing eyes we brought him home, the stitches still fresh. I called him Keller earlier in this story, but the truth was he didn’t have a name when we adopted him. We called him that as a nod to another brave survivor who saw and changed the world without the use of eyes and ears, Hellen Keller.

This month the world will learn about Keller’s story and see his perfect face when a children’s book I wrote comes out in hardback from Paraclete Press. They published my first book about the death of a dog, “God Needed A Puppy,” and when they read Keller’s story decided they wanted that one too.

The book isn’t about me or my wife and pups. It tells the story of a little girl named Raven who is deaf and struggling to fit in at school. The other kids are nice enough to her but treat her a little bit different, a little too carefully as if she’ll break. It’s not what she wants.
Raven and her classmates take a trip to the local animal shelter, and Raven is immediately drawn to a puppy that was thrown away by his owner because he’s blind and deaf. She sees him and, although he can’t see her, when they open his crate to a room full of children he smells the air and walks directly over to Raven and rests his head on her foot. Sound familiar?

I won’t tell you the rest of the story or the lesson Raven and Keller teach the world just in case you want to buy the book for a child in your life. I can tell you Keller possesses a secret which Raven later reveals and it is the reason for the book’s title, Keller’s Heart.
My purpose for mentioning the new book isn’t to bolster sales but to share a truth. I was terrified to bring Keller home. How would he fit in with the other dogs? What if he got sick? Could we handle this? We live in a world that seeks perfection and puts filters on everything to make them look better. But real life doesn’t come with a filter. Often things are less than perfect, and there’s true beauty in that.

Keller is the best thing that ever happened to our family. He teaches patience and resilience and that nothing is so broken it should be thrown away. He has also taught me not to treat anyone with different abilities, be they two legs or four, as if they are made of glass or in need of sympathy or saving. It is condescension the person or pet with the presumed disability can do without. If you watched my Keller roughhouse with my two big German Shepherds, you’d truly understand.

Someone recently asked me who Raven was based on? I told them she represents any child struggling to fit in because they are a little different. With so many of our children on the autism spectrum, it can be tough at school. My hope is this simple story, and Keller’s real-life example will inspire those children to hold their heads up.

You know that’s the funny thing about Keller. Because he must rely on his nose to find things he raises that perfect face high in the air, so he doesn’t miss a thing. So, the dog someone threw away now holds his head higher than the stars; a posture befitting a prince.