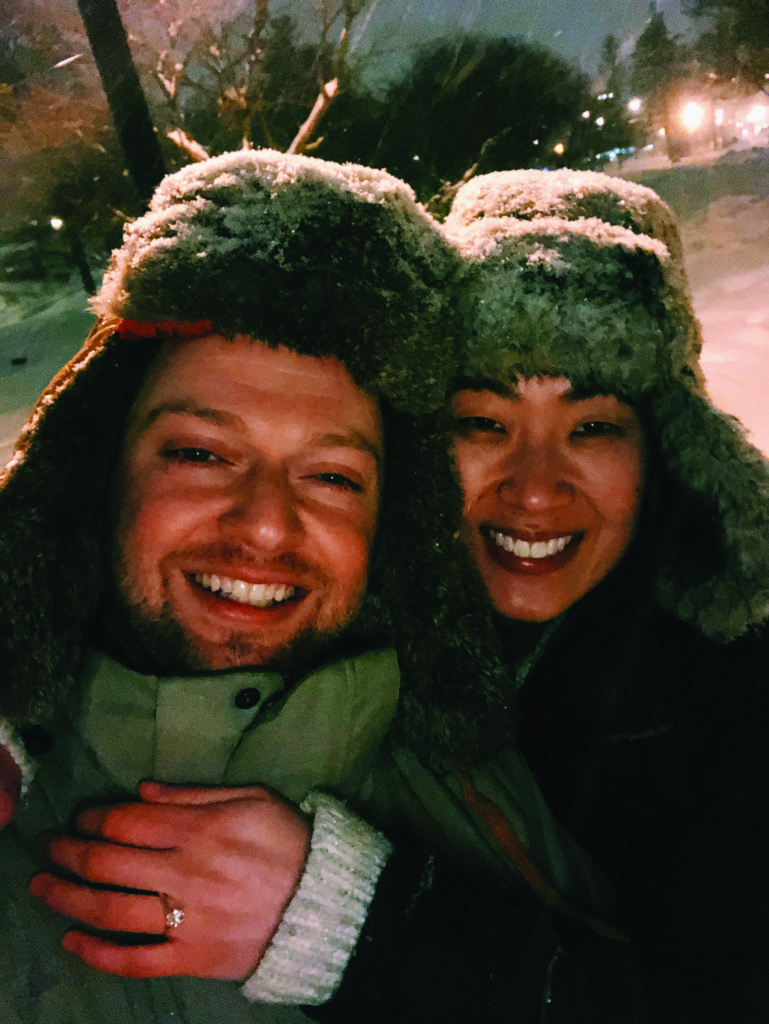 1
Couple: Vivian Lee and Alex Kutikov
Ages: 32 and 38
Location: Congress Park, Saratoga Springs
Date: January 29, 2019
He Said: “I had a whole elaborate plan to propose in New York City a few weeks later. That afternoon, I looked out my office window and saw the snow falling. Something about that day just felt right.”
She Said: “I was very surprised! It wasn’t your typical engagement setting; it was a Tuesday night. We got all bundled up and went for a casual walk around town in one of the biggest snowstorms of the year! It was so cold, and when he got down on his knee, at first, I thought something was wrong. Then, when I realized what was happening, I was in disbelief, and the cliché tears came pouring out! Let’s just say, I wasn’t complaining about how cold it was anymore!” 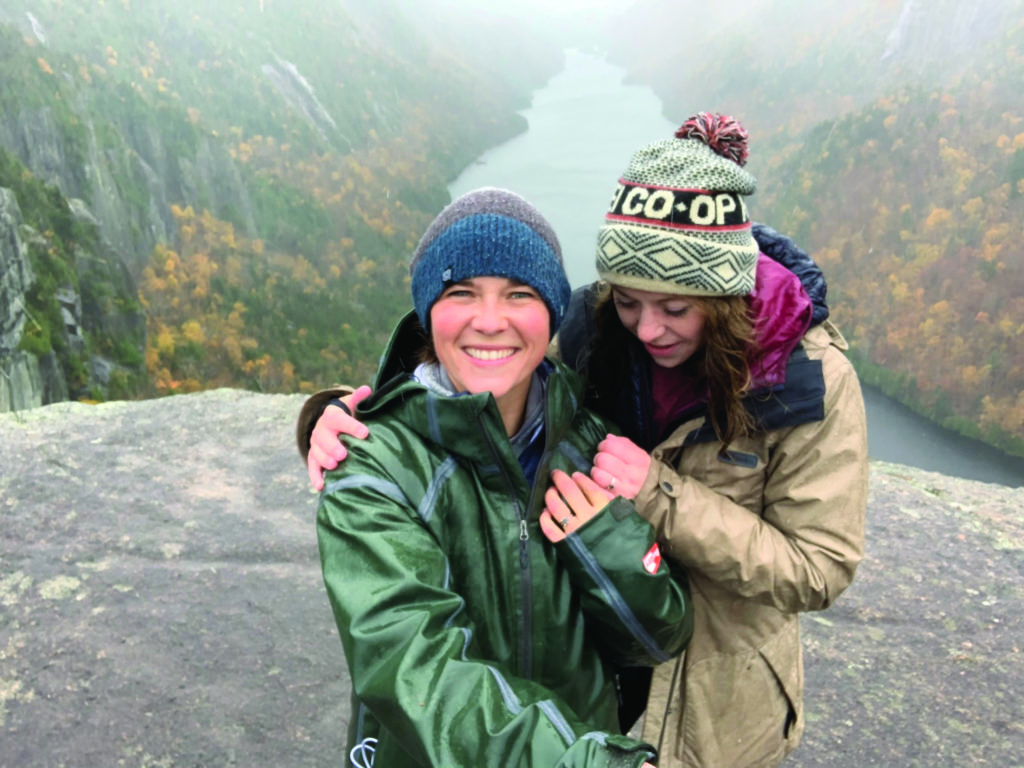 2
Couple: Siena Wilder and Heather Randall
Ages: 24 and 30
Location: Indian Head Trail, Keene Valley, NY
Date: October 17, 2019
She (Siena) Said: “I chose Indian Head because I wanted to show Heather what Fall in New York is all about. (Autumn in Utah is just not the same.) The beauty of the foliage would be the perfect backdrop for the perfect moment. We both love the song ‘This Is It’ by Scotty McCreery—specifically the lines ‘On top of the world, here, together’ and ‘Looking out, I can see forever.’ As we stood on the well-known Indian Head rock, snow falling all around us, we, ironically, couldn’t see five feet in front of us but we could see forever in each other’s eyes. She said YES!”
She (Heather) Said: “I was in total disbelief. After months of asking Siena, daily, to marry me, and her saying no each time, she got down on one knee and gave me the opportunity to say ‘yes!’” 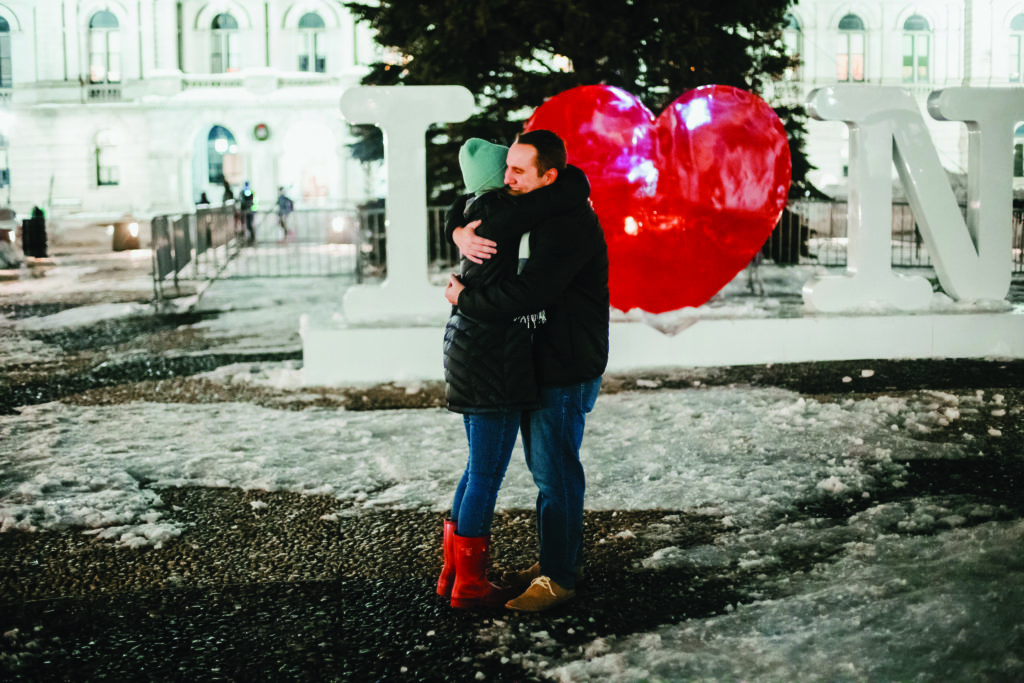 3
Couple: Shelby Morris and Jacob Fecura
Ages: 25 and 27
Location: Outdoor skating rink, Empire State Plaza, Albany
Date: December 7, 2019
He Said: “I chose this place because, for some time, I was originally going to propose by pretending to fall on the ice while skating, and when Shelby came over to help me, I’d get on my knee and propose. However, after a snowstorm, a picture on Facebook was going around of the place where I ended up proposing, and I decided on that, because it looked amazing! In the end I didn’t have to make a fool of myself on the ice, and it turned out to be one of the best nights of my life!”
She Said: “Every once in a while in ordinary life, a fairytale happens, and that’s just what it was when Jacob proposed. I was in complete shock by the whole affair. Jacob went above and beyond, planning everything to a tee and guiding us to the best decision of our lives. I can’t wait to continue this great adventure of life with him by my side.”