The Other Legend of Sleepy Hollow

The Rockefellers left behind a gorgeous estate that proves there’s more to Sleepy Hollow than Ichabad Crane. 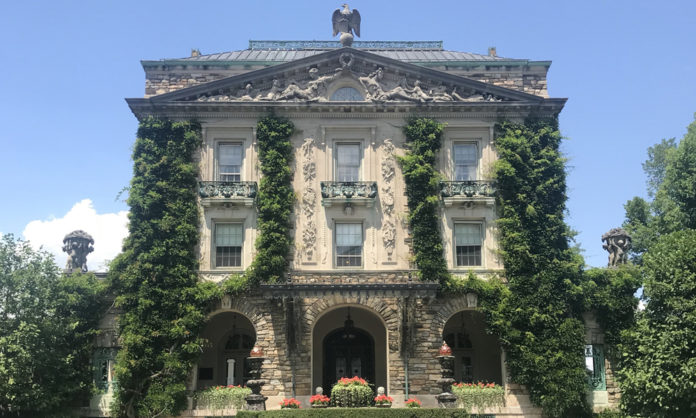 The name “Sleepy Hollow” conjures up images of Ichabod Crane and the Headless Horseman, but while the iconic author Washington Irving does happen to be buried in the Sleepy Hollow cemetery, there is so much more to see and do in this beautiful corner of the Hudson Valley.

While living and working in the area for many years, it was too easy to ignore some of the attractions right under my nose (or at least around the corner). But a visit to the stunning Rockefeller estate Kykuit  made me realize just what I had been missing, and I was off to become a tourist in my own backyard.

To get to the estate, which sits high up on a hill, visitors first buy tickets at nearby  Phillipsburg Manor and get transported to the site via mini-bus. The picturesque Manor (that’s, yes, just across the street from the historic cemetery where the infamous pumpkin-headed horseman was spotted) was a gristmill during the 1700s. It’s an interesting spot to learn about colonial history and how slaves labored for the wealthy Philipse family. 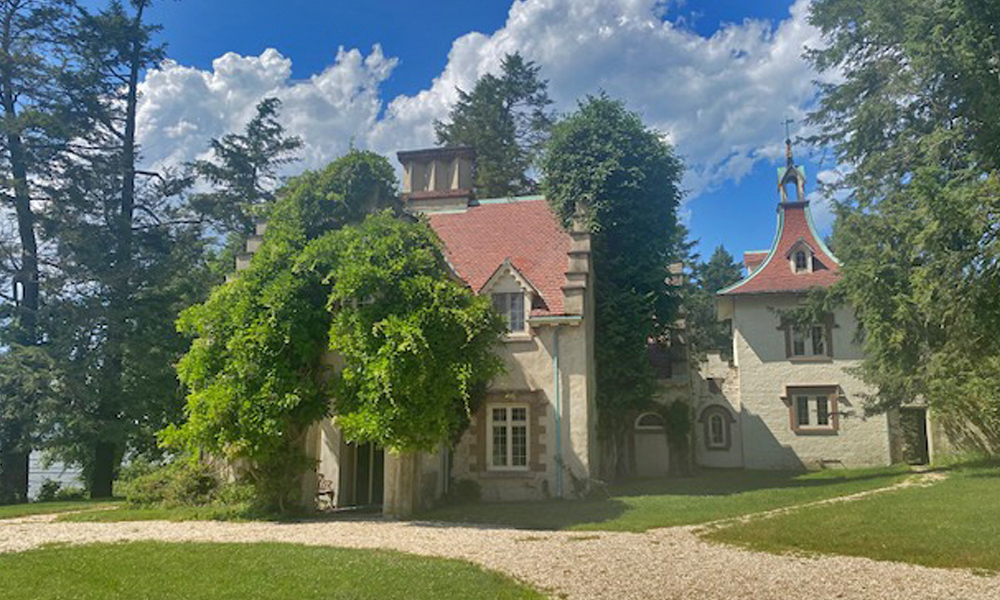 Once the five-minute ride transported us up to Kykuit, I was in awe of the incredible view that first greets visitors. Patriarch John D. Rockefeller wanted to create a beautiful haven away from the city for his family. The stunning and unobstructed 360-degree view of the valley and Hudson River below looks pretty much the same today as it did when he purchased the Pocantico Hills property in Westchester County in 1893. In fact, in 1934, John D.’s son Junior donated 700 acres of land across the Hudson to the Palisades Interstate Park Commission so nothing that would ruin the vista could ever be built on the land.

Four generations of Rockefellers lived here until it was donated to the National Trust for Historic Preservation (some members of the family, however, still live nearby), and each left their own mark, particularly when it came to their taste in art. John commissioned a huge replica of Giambologna’s fountain, which stands as a monument in front of the estate. Former New York governor Nelson Rockefeller, who was a modern art fan, even commissioned huge tapestry replicas of some of Picasso’s most famous works (with the artist’s approval of course). The works are housed in a subterranean art gallery that was once a bowling alley for the Rockefeller kids.

The family’s patronage of the arts even continued to the church they visited every Sunday. No less than Marc Chagall and Henri Matisse created the stained glass windows in the lovely little chapel of Pocantico’s Union Church. It’s open from May through November to the public, but you do have to buy a ticket ahead of time.

The huge Rockefeller State Park Preserve in nearby Pleasantville is a great place to hike, but my favorite place to spend an afternoon is at the Stone Barns Center for Food and Agriculture in Pocantico Hills. It’s nice to wander around the sweeping organic farm at any time of the year. In your wanderings, you’ll come across literal farm-to-table dining at the property’s Blue Hill at Stone Barns restaurant which is consistently given a five star rating (and is also said to be a favorite of nearby neighbor Martha Stewart!). 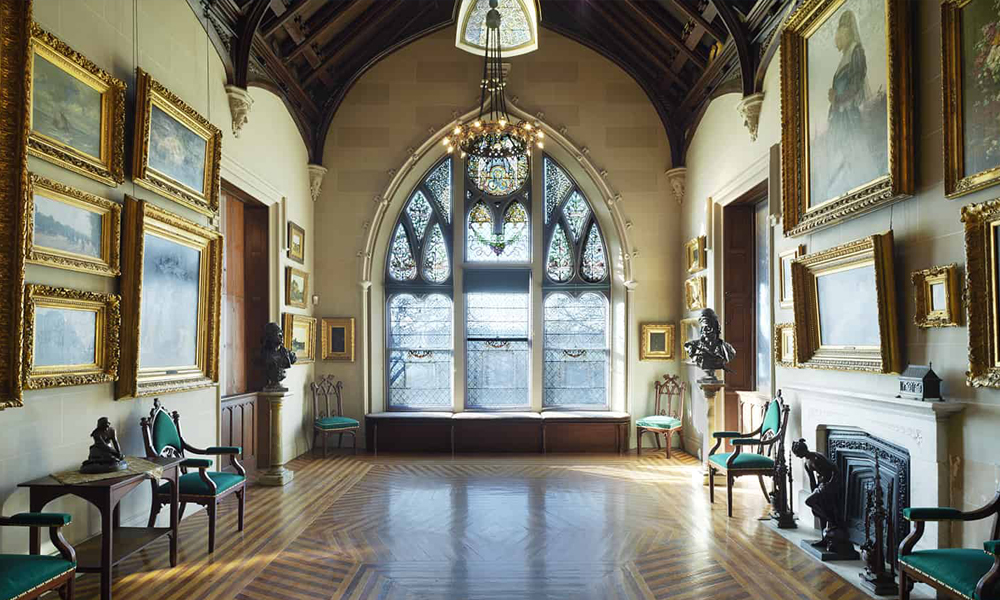 Circling back to Washington Irving, I loved visiting the cottage he lived and wrote in called Sunnyside, which is about a 10-minute drive from Phillipsburg Manor in nearby Irvington. Also don’t miss Lyndhurst Castle and its Tiffany windows overlooking the Hudson in Irvington.

Get tickets in advance to all spots you want to visit, and earmark things to return to during the Halloween season—it’s a popular spot around the spooky holiday thanks to that guy with the pumpkin head. By the way, you can look for him yourself at the Headless Horseman Bridge. 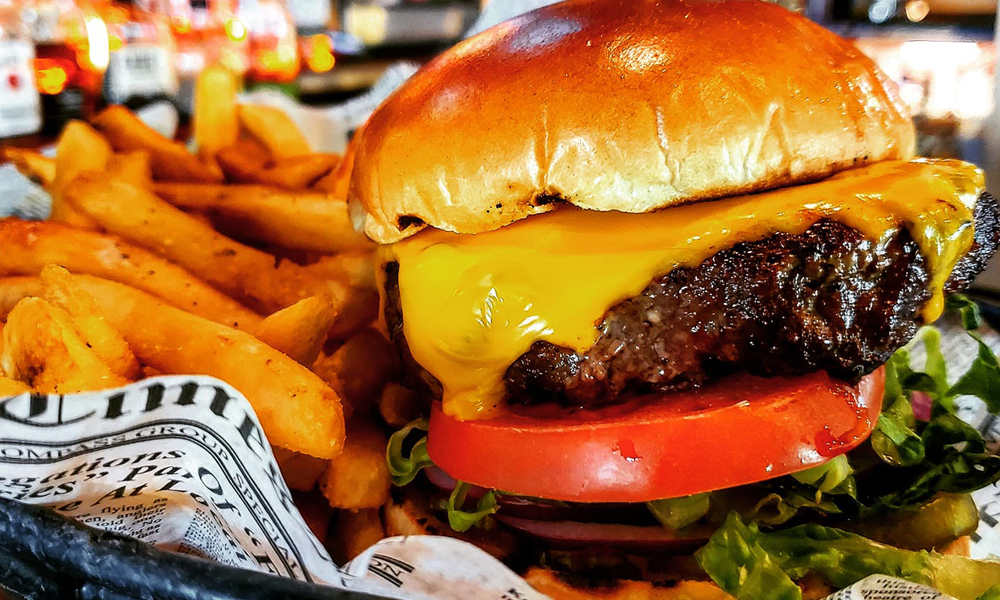 If you are looking for a place to stay, I’d recommend the Sleepy Hollow Hotel or The Westchester Marriott . Two of my favorite spots to chow down locally are the Bridge View Tavern and Bistro12 in nearby Tarrytown. Go in with an appetite, as the hefty menu includes everything from lobster bisque and grilled octopus to filet mignon risotto and veal scallopini. It’s just what you’ll need after a packed day of sightseeing around the historical and quaint town of Sleepy Hollow.

Lisa Arcella is a travel writer and blogger whose work has been in People, The Wall Street Journal and Westchester magazine, and is a former editor at Rosie O’Donnell’s magazine. You can follow her at passportandticket.com.