The Capital Region’s Got Talent: 5 Local Stars Who Made it to the Prime Time Big Leagues

Following this summer’s debuts of Burnt Hills native Kieran Rhodes on ‘America’s Got Talent’ and Saratoga Springs High School teacher Josh Johnson on ‘Dancing with Myself,’ CRL looks back at local stars who made it big on prime time silver screen talent shows.

In 2015, the Capital Region was living through a period of Sawyer-mania. Long-haired, home-schooled Fultonville farm boy Sawyer Fredericks had, against all odds, won NBC’s The Voice, making the 16-year-old the show’s youngest male winner at the time. The following year, magician Steven Brundage, who got his start performing card tricks on the streets of Saratoga, made it to the semifinals of America’s Got Talent for his unique Rubik’s Cube magic. Then, in 2019 came Madison VanDenburg, the Shaker High junior who made it all the way to the American Idol finale, eliciting comparisons to Idol royalty Kelly Clarkson in the process, before finishing in third place.

And this year the Capital Region enjoyed the national spotlight again, on two different prime time shows. In honor of the occasion, CRL caught up with local stars of TV talent shows past and present to learn more about their local roots, how they made it to the big leagues, and if there really is, something in that crystal clear Upstate water.

If you missed 20-year-old Burnt Hills native Kieran Rhodes’ America’s Got Talent audition, which aired this past June, go directly to YouTube and watch the moving video that at press time had almost 5 million views. After his rendition of Billy Joel’s “She’s Got a Way” was interrupted by Simon Cowell, the self-taught pianist and vocalist switched to a chills-inducing original song called “Disengage,” which he wrote during his fall 2021 semester at Berklee School of Music. “I was in a [bad] place that whole semester,” he says. “When I wrote ‘Disengage,’ it was my way of trying to understand what was going on in my head.”

Rhodes’ road to AGT was a strange one. A standout second baseman as a kid, Rhodes had plans of playing college baseball until life threw him a curve ball during his freshman year of high school. “Right as things were getting super serious with baseball, music poked its head into my life,” he says. “I had this sudden urge to play piano, so I sat down and taught myself how to play. I also started to sing and write songs. It was so strange and so out of nowhere, but it felt so right.”

That revelation led him to apply to one college and one college only: Berklee, even though he found the other students, most of whom had been training for most of their lives, intimidating. There, in early 2022, he performed on campus for a panel of visitors, one of whom was AGT producer Courtney Harrell. “She told me that she was blown away and loved my stuff,” he says. “Then she said, ‘I’m a producer on America’s Got Talent, and I want to tell you that you are on Season 17.’”

Unfortunately, after the judges were forced to whittle down their list of contestants, Rhodes didn’t make it to the live shows. But he doesn’t have any regrets. “I feel like I already won,” he says. “I’m just so grateful for all of this.” 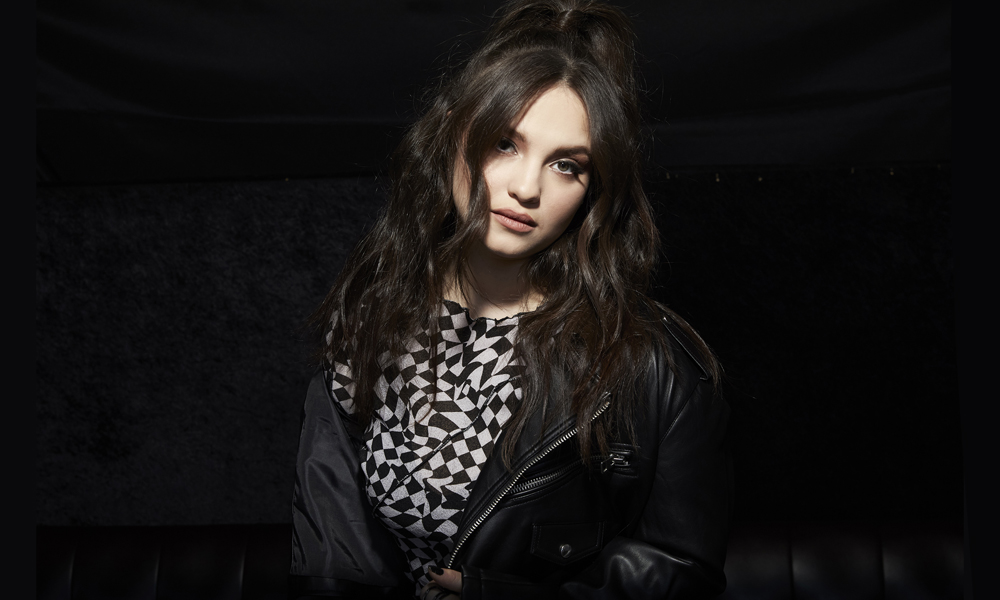 Just 16 years old at the time of her 2019 American Idol debut, Cohoes resident Madison VanDenburg thought she blew her chance when her voice cracked in the middle of her audition. “In my head, I thought it was over,” she recalls. “I thought I had screwed up.” When her performance rendered Lionel Richie speechless, gave Katy Perry and Luke Bryan goosebumps, and elicited comparisons to Kelly Clarkson, she was stunned, and remained stunned all the way through the hit show’s finale, in which she finished a disappointing-in-the-moment but ultimately insanely impressive third.

“It’s just so crazy to walk out and know that millions of people are watching you,” she says. “I had stage fright every single time, and it didn’t really get easier. For me, it got worse and worse. If I didn’t have people pushing and encouraging me, I don’t think I could have been able to do it.”

Since returning home and graduating from high school, VanDenburg has devoted herself full-time to her music. Although the COVID pandemic interfered with her career, the singer-songwriter made the most of her down time. “It gave me a chance,” she says, “to figure out who I am as an artist.”

Now back performing in front of live audiences, VanDenburg recently opened for legendary rocker Pat Benatar, documented the recording of her single “Game Changer” in Nashville in a three-part television series called Game Changers, and strives to appreciate each and every step in her musical career. “When I was on American Idol, I learned to appreciate being in the moment,” she says. “It’s so fast paced—you are sucked up in this whirlwind and then it’s gone. I try to take the time to appreciate the moment, love it for what it is, and be happy with everything.” 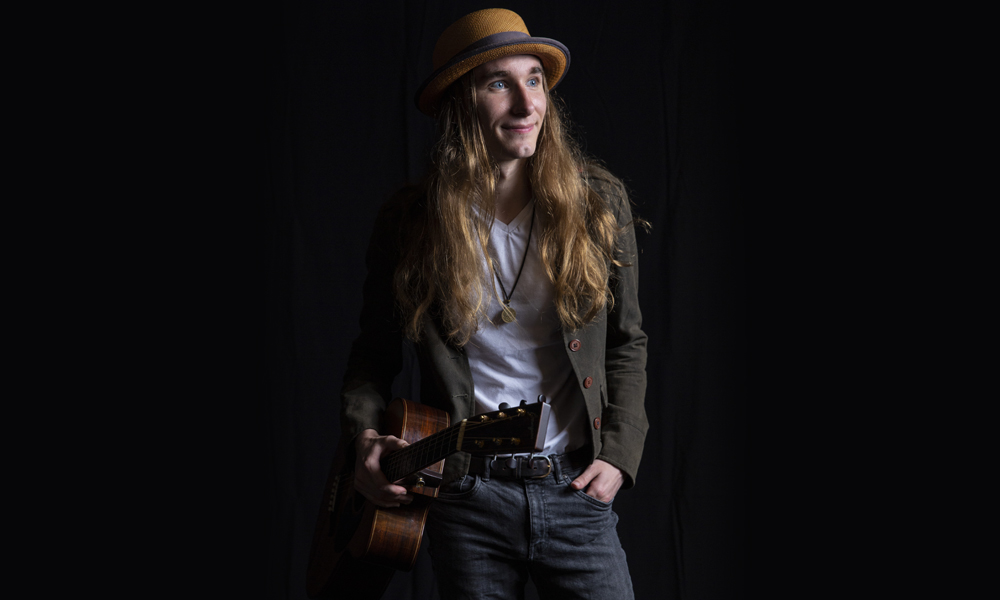 When a talent scout invited Sawyer Fredericks to audition for NBC’s The Voice, the then–15-year-old almost turned down the once-in-a-lifetime opportunity. “I was a bit of an introvert and wasn’t sure if I wanted to go through doing interviews and being on camera, but I decided to try it out,” says Fredericks, who had been performing his unique style of contemporary folk music at Capital Region farmers’ markets up until that point. “I wasn’t very nervous for the performances, but I was very nervous for the interviews and was stumbling over all of my words.”

During his 2015 audition, he wowed coaches Christina Aguilera, Adam Levine, Blake Shelton and Pharrell Williams, all of whom turned their chairs around almost immediately after he began singing. (At auditions for The Voice, the judges face the live studio audience, pushing a button to turn their chair around and see the singer for the first time if they’d like to have him or her on their “team.”) Fredericks was so surprised, he missed a few notes on his guitar. “It was crazy,” he says. “I didn’t know if my kind of music was something they would want on the show.”

With his pick of the A-list coaches, Fredericks went with Pharrell Williams, who guided him all the way to the top of Season 8. After winning the show, the self-taught artist released his debut album with Republic Records, before parting ways with the label and producing two independent albums, 2018’s Hide Your Ghosts and 2020’s Flowers For You. Last fall, he crisscrossed the country for a 25-show run with his band, and the 23-year-old continues creating his one-of-a-kind brand of “free range folk.” 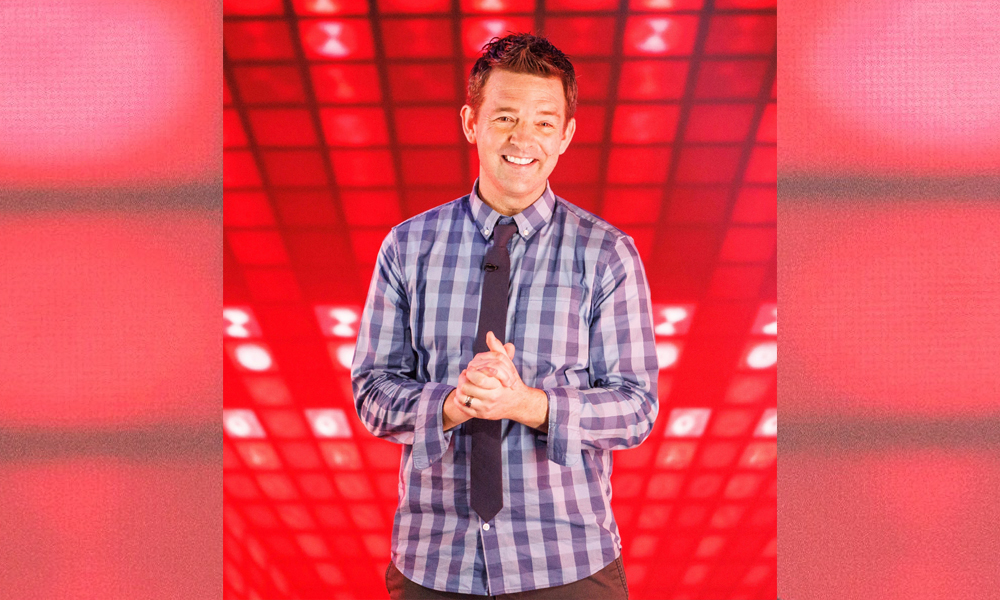 Dancing With Myself, Season 1

Another local star who found fame on the silver screen this past summer is Josh Johnson, a Saratoga Springs High School English teacher who moonlights as a dancing Instagrammer. After switching his profile to public a few years ago, Johnson, a self-taught freestyle dancer with an old-school style, had a video go viral, and was selected as a contestant on Dancing With Myself, a brand-new show created by Shakira that pits everyday people with a passion for dance against one another in a series of viral trend–inspired dance challenges.

When Johnson got the call from an NBC casting director, he thought it was his sister playing a joke on him. It wasn’t, and soon enough Johnson was performing in front of a live audience in Atlanta. But he wasn’t nervous. “I’m a teacher,” he says. “I’m in front of a studio audience every day.” (In fact, Mr. Johnson is known to occasionally “bust out” in the lunch room or during study hall, and some of his most delightful Instagram videos take place at school.)

Unlike other TV talent shows, Dancing With Myself crowns a winner each episode, so Johnson’s moment in the spotlight was one night only. He was eliminated after four rounds, but it actually came as a bit of a relief. “Luckily I didn’t make it to Round 5, which was Shakira’s dance with a lot of hips and belly rolls,” he says. “I’m glad I didn’t have to do that in front of her and embarrass myself.”

Back home in the Spa City, Mr. Johnson has been enjoying his celebrity status. “They’re excited for me,” he says of his students. “If anyone thinks I’m an old dork, they don’t say it to my face, so that’s cool.” 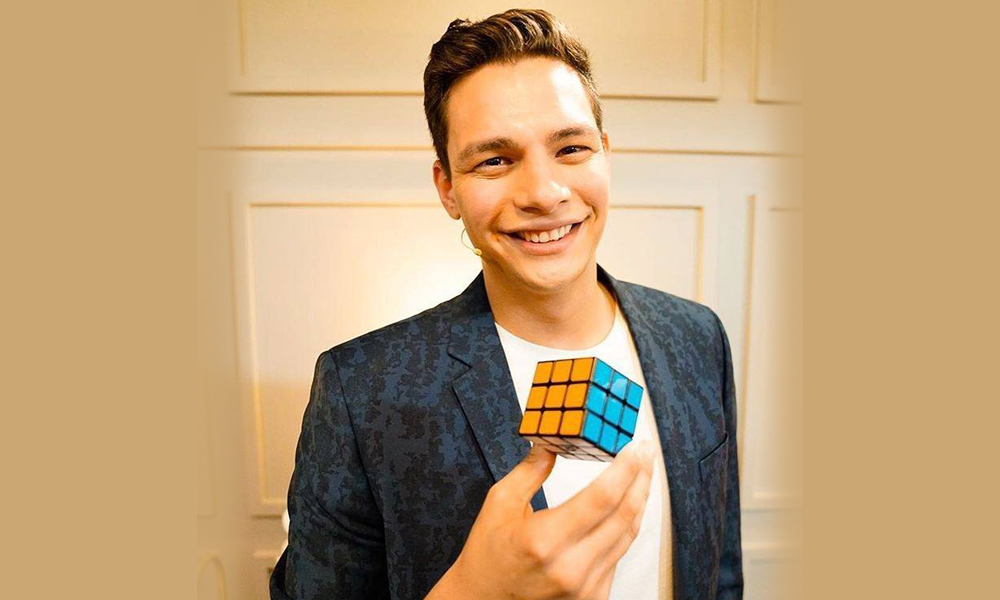 It was a routine 2014 traffic stop in Scotia that changed magician Steven Brundage’s life. After being pulled over for speeding, he mentioned to the police officers that he was a magician. When they asked him to show them a trick, Brundage obliged, asking one of the men to record the impromptu “performance” on his cell phone. Brundage amazed the officers with his Rubik’s Cube sleight of hand, and instead of being issued a speeding ticket, he received what he referred to as his “golden ticket”—a cell phone video.

The video racked up millions of views on social media, and just one day later Brundage was on the set of Good Morning America performing his Rubik’s Cube magic. Appearances on The Steve Harvey Show, Penn and Teller: Fool Us and, eventually, America’s Got Talent, followed. In his first two performances on AGT, Brundage performed tricks he had perfected during his many years of street performing in Saratoga. “I wasn’t nervous at all because I had put thousands of hours into those tricks,” he says. “But for the last two episodes”—Brundage made it to the show’s semifinals—”I performed tricks that I had never actually done. That’s where it got pretty intense. It was a lot of pressure, but it was a really fantastic experience.”

After AGT, Brundage performed shows in India, China, Saudi Arabia, Europe and in almost every single US state, before the pandemic brought his touring career to a halt. During his down time, the Schenectady Christian School grad focused on another one of his talents: making large mosaics. His medium of choice? The Rubik’s Cube, of course.