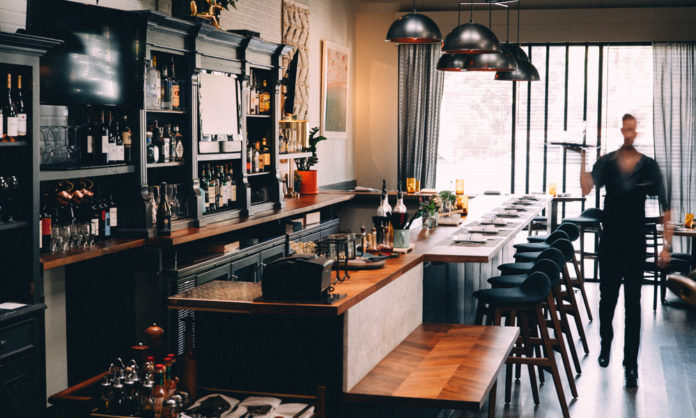 Seeing as we are celebrating the best places in the Capital Region for food and drink, I thought it time to share with you a deep dark secret regarding the food industry and me: I’m a big tipper. Not because I’m rich or even because I’m generous; I do it because I owe a great debt to the restaurant industry that I will never quite repay.

It started while I was in college at SUNY Oswego. Being from a family of modest means, I’d be the financier of my own destiny. Once Dorothy here enrolled at Oz (my nickname for the campus by the lake), I had to find my yellow brick road that would keep me afloat. That meant both becoming an R.A. in my dorm and seeking a second job. Employment on campus in 1984 was scarce, but the one place nobody wanted to work was hiring—the cafeteria.

So I took on the morning shift. At the start of each day, before the sun rose, I’d walk like a sleepy zombie through a tunnel that connected my room to Littlepage Dining Hall.

Making scrambled eggs and pancakes for a few hundred hungover students educates a person on both the downfalls of happy hour and the grit it takes for a career in food service. My manager at the time, a man built like he just fell off a poster advertising the Marines, once pointed his tattooed arm at me and said, “You want to test a person’s patience? Go into retail. You want to rip your hair out? Try making and serving them food!”

He was right of course, and that job, cooking and ladling out meals for two years in Oswego, made me fully
appreciate the waitresses, line cooks and restaurant workers who, no doubt, were invisible to me up to that point of my young life.

And there was more to come. Back home in Troy I had a job at my local Stewart’s shop, and almost no one from my neighborhood went to college back then. It was a blue collar community where pals of mine would say things like, “Bachelor’s degree? I’m already a bachelor—why would I spend money to go and get a degree in it?”

They’d be kidding of course, but only a little.

When the locals stopped at my Stewart’s to buy milk and lottery tickets, they’d ask me about college and what I planned to be when I grew up. I’d tell them I wanted to be a writer or perhaps be on TV to do the news, if I was lucky. But after graduation, nobody wanted to hire me.

Once again, I found myself in need of a job, and the gravitational pull of the restaurant industry yanked me back in. A fancy restaurant on Wolf Road was hiring, and I became a busboy.

So for six months, John with his fancy degree cleaned up the slop and mess that so many unappreciative customers left behind. I realized in that moment that my graduate degree would not be in journalism but in human nature. I watched how people acted when they ate alone; I noticed how some customers treated the wait staff as if they were little more than a piece of furniture to lean on and look at.

I also made some wonderful friends, from my fellow busboy, a kid named Kevin with shaggy blonde hair that would make Owen Wilson jealous, to the single mom waitress who (much like Hilary Swank in Million Dollar Baby), would squirrel away food that nobody wanted to take home and share with her family.

I can’t say this any more plainly: You will not meet harder working people, or more real people, than those in the bar and restaurant industry. If they like you, you’re getting a hug, and if you cross them, well, you’ll know that, too.

That’s why I tip generously. Not because I can. Not even because they usually deserve it. I do it because I owe. That hot griddle at Oswego and that dirty dishpan on Wolf Road changed me in all the right ways—and taught me how to make one heck of an omelet.