Before You Go: When the Worst Thing is the Best Thing

CRL columnist John Gray explores the good that can come from our darkest moments. 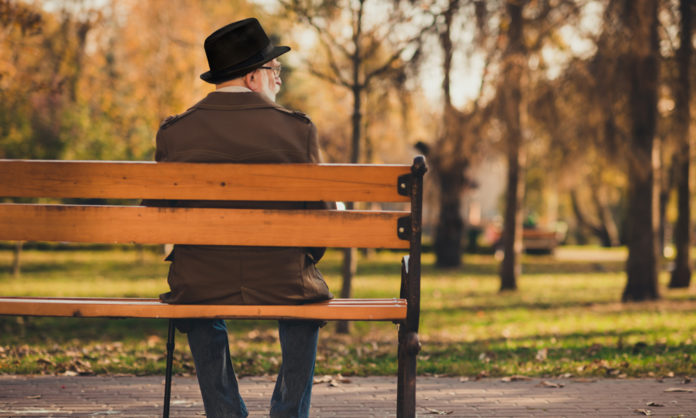 Whenever Jeremy Conroy needed to think, he’d walk in the park. There was a pond, a small amphitheater where they held concerts in the summer, and benches on which to sit and watch the pigeons. Mostly it was quiet, perfect for the 13-year-old to work.

Jeremy’s teacher said the local magazine had just published its Best Of edition, where readers voted on their favorite places to shop, eat and be entertained. Inspired, the teacher decided to make that the eighth grade class’ weekend homework assignment: The students would have to come up with a list of their own favorite things. Jeremy immediately thought of his dog, Potter, the waffle house where he loved to get breakfast, and the big amusement park a dozen exits up the highway.

After taking a seat at the park, Jeremy noticed an old man in a jet-black fedora hat on the bench opposite him. He was a kind-looking soul who tipped that hat and asked Jeremy what he was writing in the notepad in his lap. Jeremy didn’t normally talk to strangers but, seeing how harmless the gentleman looked, he took a chance and explained his teacher’s assignment.

The man took off the hat, placing it on the bench beside him, and said, “If you ask me, son, I’ve found in life that quite often the worst thing is the best thing.”

Jeremy pretended to understand and then politely went back to his notes to continue his own list.

Jeremy put the pen back down and waited for an education from his new octogenarian friend.

“My favorite restaurant is DiCaprio’s,” the man began, “because that’s where I asked Marcia Whitmore to marry me.”

Jeremy smiled and replied, “And she said yes?”

The man laughed, “Heavens no, she turned me down flat. Left me with her veal parm and the $40 check.”

When it was clear Jeremy was confused, the man continued: “She wasn’t the right one, you see. Had she said yes, we both would have been miserable, and I wouldn’t have met my beautiful Margaret whom I was with for 56 wonderful years.”

The old man went on, “My favorite college is RIT”

Jeremy asked, “What did you study there?”

Again, the man smiled. And then said, “I didn’t. Despite having perfect grades, they rejected me, and I ended up at the University of Buffalo where I got a degree in engineering.”

“And that was better?” Jeremy asked.

The man took crackers from his pocket and tossed them to the patient pigeons, answering, “Oh yes, much better. My roommate became my best friend, I loved my teachers. Buffalo was right for me even if I didn’t know it.”

Jeremy was the one smiling now and answered, “I don’t know. Because he cured cancer or something?”

“No sir,” he replied. “Because he kicked me out of his office when I turned 40 and refused to quit smoking and drinking.”

Jeremy was trying to understand, when the man added, “He said, ‘I like you, Frank, and I don’t want a front row seat when you die, and that’s what’s going to happen. You won’t listen to me, so get out.’”

“He scared me is what happened,” he replied. “So I did straighten myself out.”

The old man rose and picked up his hat. “My point is, son, that life is a mystery that reveals itself to us in its own good time,” he said. “And when things don’t go your way, remember–“

The kind man nodded, then placed the remaining crackers in Jeremy’s small hand and said, “Finish this for me, would you please?”

Jeremy tossed the crackers to the pavement to the delight of the birds. By the time he raised his eyes to say thank you, the old man was gone.

The boy pondered his own life, both the triumphs and missteps, and when he handed in his homework, Jeremy’s teacher said it was the strangest yet loveliest thing she’d ever read.