Before You Go: ‘Chasing Sunsets’

John Gray finds the meaning of life on Cape Cod. 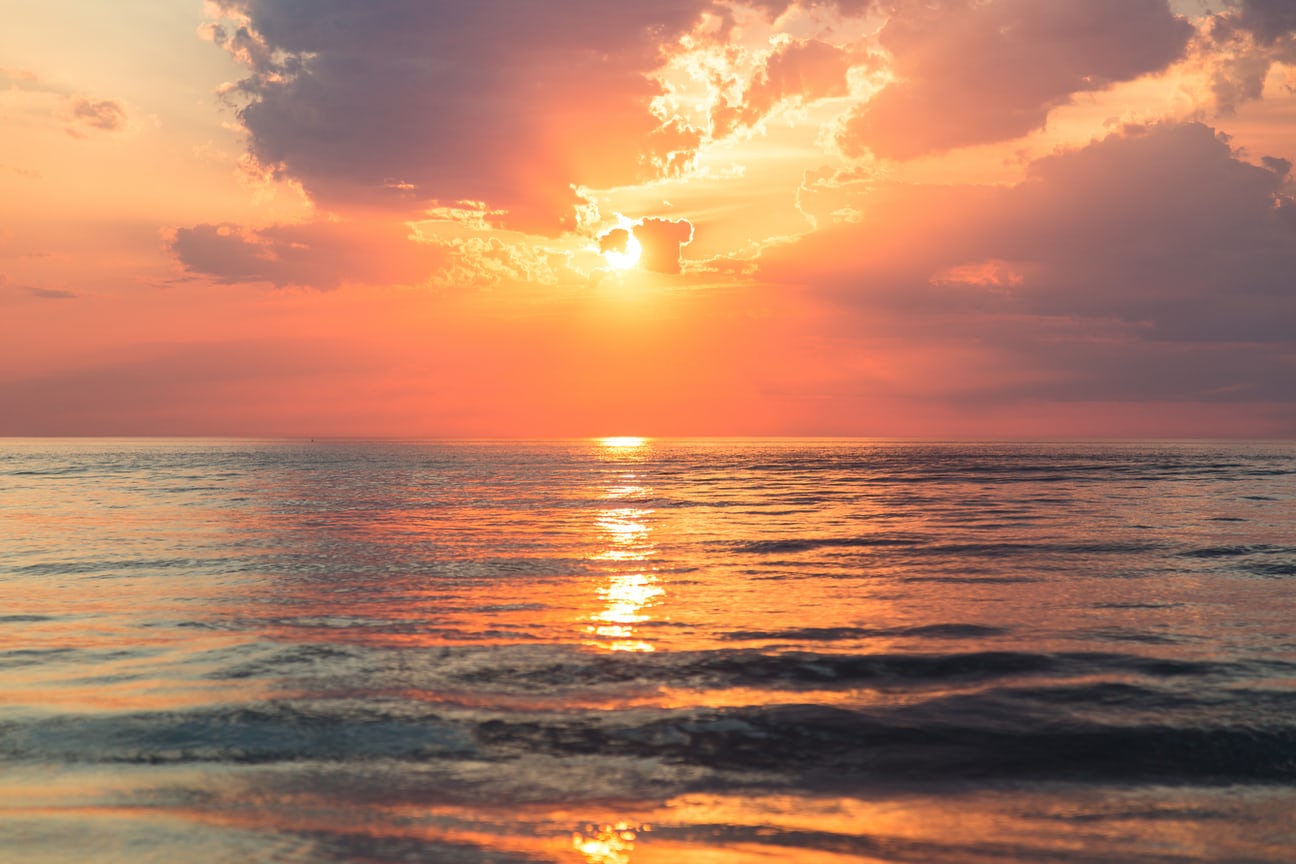 When you visit Cape Cod, there are just two things you need to know after crossing the Bourne Bridge and heading east on Route 6: when the tide goes out and when the sun sets. The answer unlocks this hidden treasure: walking along the bay, just as the sun slips silently into the distant ocean.

If you’ve never walked along the bay on Cape Cod when the tide is out, I can only describe it as a painting come to life—one that you don’t just look at but inhabit. On the ocean side of the Cape, like most ocean beaches, the tide goes out only about half the length of a football field, but on the bayside, the sand stretches for miles and nature leaves patterns and gifts behind: Not just seashells but shallow pools of water filled with hermit crabs and tiny fish. Of all the vacations I have ever taken—including the most extravagant, expensive ones—nothing compares to walking along the bay in Cape Cod when the ocean retreats and the sun slips away beneath the horizon.

One day, not so long ago, I was walking along the bay near Rock Harbor Creek when I saw, far off in the distance, a formation of rocks I’d never noticed before. I walked towards them, and as I got closer, my poor eyes revealed that the rocks had square, uniform shapes and seemed to be in a pattern. I realized they weren’t rocks at all. It was getting late in the day, and my legs were weary, but I needed to know what the dark objects were, so I pressed on.

When I finally came upon them, I spied an army of small cages covered in seaweed. I assumed they were lobster traps but could not make out a single lobster that had been outsmarted. That’s when I saw him, a man in his early 60s, down on his hands and knees in the wet sand, warm bay water just starting to lap at his rubber boots as the tide began to slowly return. There was no urgency in his movements—instead, he had a contented smile on his face, the type one might see on a child playing with a new toy. He looked up, and realizing he had an audience, said a hearty, “Hello!” I revealed that I was no seaman when I asked him if he was trying to catch lobsters, learning instead that the cages were for growing oysters. For a moment I turned my head the way a dog does when you ask him if he wants a bone, then said without thinking, “Oysters? I thought they were just found in the wild; I didn’t know you could grow them.”

The man smiled and told me that I was standing on the front porch of his oyster farm. He was opening each cage, taking out shells and measuring them to see if they were big enough to take out and sell. I asked him if there was good money in being an oyster farmer, and he laughed out loud, saying, “Oh, son, I don’t do this for the money. Just the opposite.” As he continued to measure and toss shells into a plastic container, the man told me that he’d struck gold on Wall Street in New York City. “I made my fortune in stocks and trading, but I wasn’t happy,” he said. “The only time I’d really find joy was when I was here doing this.” He looked up at the orange sky now and took a deep breath, as if inhaling medicine. The man told me he and his wife had battled the crowds and noise of the big city and earned enough to buy all the things the TV commercials promise will make you happy. Then they bought a place on Cape Cod, and one day, while out for a walk along the bay, he came upon a man raising oysters and something clicked. He thought to himself, rather than make a fortune producing nothing in the city, he could lose money and gain peace here in the bay. He told me that he still did work in Manhattan part time, but that his blood pressure would immediately drop when he drove northeastward toward his oysters.

Not all of us have the means to buy a dream home and life to escape to, but there are ways that we can all find that same peace right in our own backyards. If this pandemic has done nothing else, it has forced all of us to slow down and look at the simple treasures around us: long walks with the people we love; and long, late-night talks over coffee, with the TV off and smartphones charging in the other room.

It’s ironic that this man had to grow something in a steel cage in order to unlock his own prison cell and set himself free. We are all the warden of our own confinement, capable of just such a daring escape. How silly we would feel to spend a lifetime trapped in an empty life, only to realize, later, the closed door keeping us frozen in doubt was never locked in the first place.