'Capital Region Living' sits down with the 'Voice' sensation who has local ties.

Starting an interview from finish to start is unusual but in this case it will shed light on the very talented artist Sawyer Fredericks. It was less than a year ago that Sawyer won Season 8 of the national television hit, The Voice. Much has changed for Sawyer including a maturing of his voice with subtle and even more amazing qualities. I personally noticed a more mature look, adding to the face that many would best describe as downright pretty.

His confidence is growing and his art is taking center stage (pardon the pun). Strolling away after a warm thank you and goodbye, Sawyer announced,” I am hungry—I need something to eat” and then he laughed that easy laugh that makes him so genuine. The interview took place at the site of the very first open mic performance he gave when he was about 12 years of age. The location was the Happy Jack’s Café within the Mohawk Harvest Co-op Market in Gloversville. The owner, Chris, graciously greeted Sawyer and mom, Kirsten Fredericks, as well as my team doing the interview. He even provided Sawyer at the end of the interview with his favorite appetite slayer—strawberry smoothie. Sawyer was comfortable with the familiar surroundings and even the number of people who gazed and congratulated him. He greeted everyone with that trademark smile and warmth that seems to just radiate from this young man. Tall (even taller since the show), lanky, trim and with the well-known long locks but without the bowler hat, he explained his mind-blowing experience of being on The Voice and where it is taking him now.

From blind auditions to winning
We all saw how his eyes widened during the blind auditions in front of millions, as the first three chairs turned within a note or two. Blake Shelton quickly joined them to make it a well-deserved four-chair turn. Sawyer was very surprised, explaining that he went to the show not really sure that “his type” of music was appealing to the judges and the audience. He considers himself a contemporary folk artist, both singer and songwriter. In his words, he was so dazed by the rapid turns and “kind of freaked,” actually not coming in with his vocals at the right time. This factoid was certainly missed by the millions of us wowed by his performance that evening.

I asked Sawyer the word that comes to mind when thinking back to The Voice. The word he chose was “stressful” but quickly explained that it was an amazing learning experience with masters in the music industry and he loved it but it was challenging. Everyone was so helpful and giving of their talent. Sawyer then noted that there was one comment in particular, made by Christina Aguilera, where she stated that a talent like Sawyer’s could not be taught—that you either have it or you don’t. Sawyer recognizes that she was referring to the amount of rasp and emotion in his voice. Christina A. went on to say that she was very happy he landed in judge Pharrell Williams’s capable hands, even though she wanted him, as did all the judges.

Where does that “emotion” in SF’s voice come from at such a young age? Remember Sawyer was so young that he could not even legally drive the car he won on The Voice. He was not yet 16! I believe Sawyer is an old soul even if his years are only teen-age. His blue eyes hold the emotion that you hear and the deep-rooted soul that must translate it. When he laughs, his eyes twinkle and his mind seems to process his words carefully. Perhaps unlike past Voice winners, he is a true artist— unique, focused and true to his craft—with a huge future ahead.

On the topic of Pharrell Williams, I asked if the words that Pharrell whispered to him after winning and now nearly urban legend were to go back to the farm. Sawyer agrees that he may have said that (it was a crazy time moments after the win) and Pharrell knew he wanted to go back to the family’s upstate New York farm to relax and recharge. Pharrell also must have known that as talented an artist as Sawyer is, this was a heady experience for a shy 15-year-old. “He always wanted me to stay true to myself.” The farm is where Sawyer can do that. He laughed heartily as I mentioned that he is the only songwriter I have heard of who had cows as his muses.

“When I am home I just want to be there and relaxing, when I am in L.A. or anywhere performing, I just want to know where I am going next and do my best.” He loves seeing new places and is stunned and touched by the number of fans who follow him across the country and even more touched by the Capital Region residents’ voting and supporting him each step of the way. His music is being very well received in other countries and Sawyer is looking forward to traveling internationally, as well, to perform.

“My Mom and my Dad have always supported me from the very early open mike days,” he says. “In the beginning, I was way too shy to even sing at the open mikes. I started by singing in the dark with my mom videoing me.” It took awhile, his mom agrees, for Sawyer to be comfortable performing in front of others and he still blushes modestly and laughs easily when explaining the musical journey and how he handled it. He is a delightful human young man and an extremely talented artist, and he and I would agree that had much to do with his upbringing and probably his home schooling. His family life now can take them from birthing a calf and then boarding a plane to L.A. in a day. 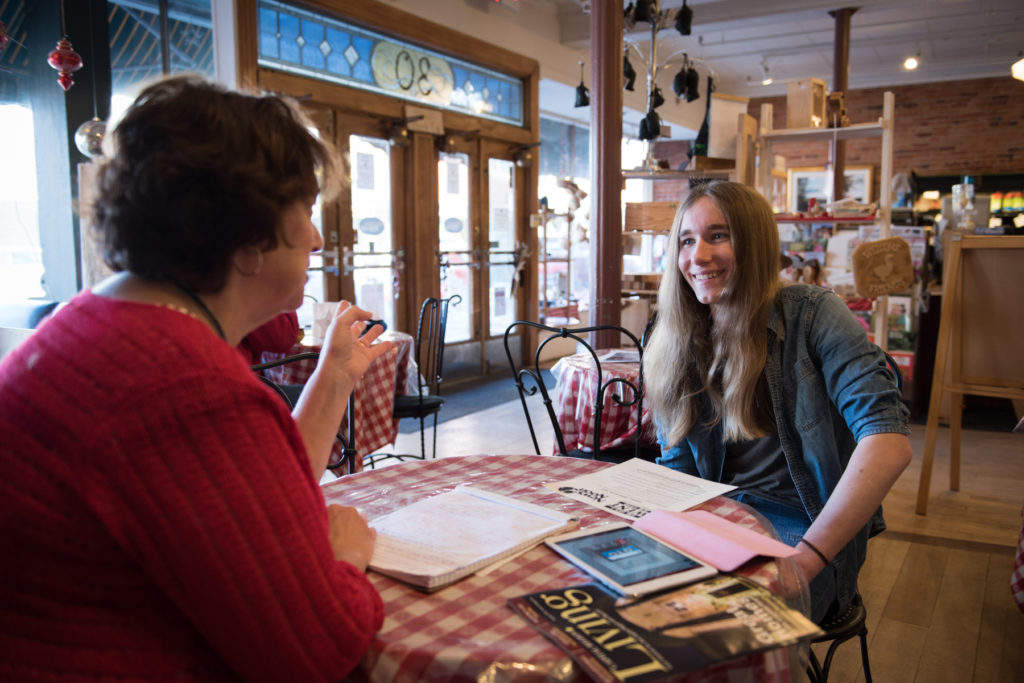 The future for Sawyer
His new song, “Take it All,” is referred to as an EP (extended player) but will be part of the complete album on the Republic label. One fan gushed in a review, “Very radio-friendly song. An excellent song for Sawyer” and went on to say that he loved the other three songs on the EP. The full album, containing only songs he has written, will be out around the same time his tour will begin.

The touring schedule has yet to be announced but we will cover the entire schedule for you on our Capital Region Living Facebook page. Sawyer’s mom manages his schedule, plus homeschooling and running the family farm with her husband and sons. Sawyer focuses on his writing and singing as well as the farm, and it is clear that he depends a great deal on her. He quips, “I just want to know what’s happening tomorrow and she tells me.” This was another validation that this is a very level headed young man who is very focused on living in the moment and knows both where his heart and future lie in the contemporary folk music he creates.

So we leave Sawyer working on his craft, enjoying the comforts of his loving family and family farm and probably listening to his favorite Ray LaMontagne music. International talent—Capital Region Living style!