More than 50 models modeled Halloween-inspired looks at the October 29 show.

It was 10am when workers started trickling into Frog Alley Brewing Co. in Schenectady, for the of Runway of Terror, an annual Halloween fashion show that brings together the best talent in the 518. With more than 50 models and seven designers, the production was immense, and the venue was just big enough to fit the more than 300 guests that showed up to watch at 7pm

The energy backstage was contagiously enthusiastic, as models flitted around from makeup to hair to designer, slowly transforming into the characters that would later strut the runway. To keep things running smoothly, there were production crews constantly checking in, making sure everyone had the right outfits on, the correct styling, and that people had eaten and taken a break. 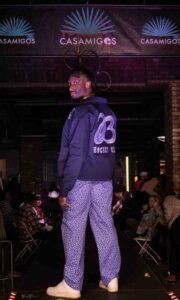 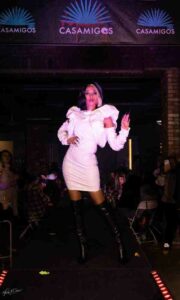 One of the designers, The Altered Eco, presented a fashion line inspired by the idea that “if you can dream it, you can do it.” The designs featured flowy tulle and sequins sewn into star and moon shapes, making the models look like they were floating in their own galaxies as they walked on stage. Other designers, such as Tall Luxe, brought along a line of “simple fashion that makes a statement,” which she created because she, like many other tall women, “found herself stuck between fashionable clothing not fitting properly, plain and boring options offered in ‘tall fashion’, and overly priced items.”

After almost nine hours of preparation, the models were ready, and the stage was set up. Heavy house music boomed and bumped as each model finessed his or her way down the long platform, pausing only at the end to pose for the camera. After a clothing line was displayed, the designer would come out to make one final round with his or her models and receive well deserved credit for his or her work. 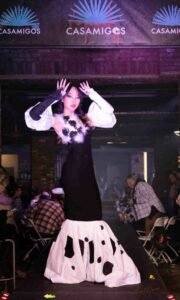 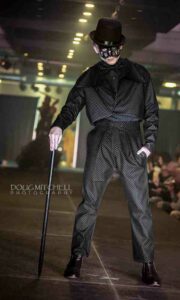 The final looks of the evening were worn by models whose bodies had been completely painted to look like Marvel characters by Kymberli Gailard. The crowd went wild as the superheroes—including Hulk and Black Panther—took their place on stage, presenting the camera with their respective hero’s pose. And then it was all over. The production crew came out and took their final bows, shaking hands and high-fiving audience members. 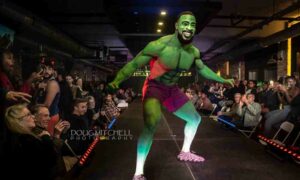 None of this would have been possible without the hard work of producer/creative director Mell T. Meus, a model himself. “Many of my friends were traveling all the way to Atlanta or New York to do show,” says the Capital Regionite, who hosted the first Runway of Terror in Albany last year. “Being able to bring creatives out locally and show their work is really why I do it.”

Facebook
Twitter
Pinterest
Email
Print
Previous articleFrozen in Time: Eight Photographers Capture the Beauty of Upstate New York in the Winter
Next articleNew and Now: 6 Happenings You Need to Know About